You are at:Home»Active ETF Channel»Reddit Investors Who Played GameStop Are Now Upvoting Silver 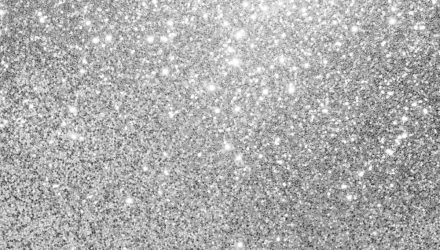 Those of you with kids and grandkids may at some point have stepped inside a GameStop. If so, you might be familiar with the video game retailer’s tagline: “Power to the players.”

The same slogan could just as easily be the rallying cry for the millions of millennial and Gen Z Reddit-users who took to Robinhood last week to drive up the share price of the beloved yet struggling GameStop.

(Fun fact: Ross Perot was one of the earliest seed investors in GameStop’s predecessor, Babbage’s, which first opened its doors in Dallas, Texas, in 1984.)

By now you’ve likely heard the full story. But just in case: A number of hedge funds, including Melvin Capital and Maplelane Capital, took out short positions in GameStop, whose sales were lagging even before the pandemic killed foot traffic. In response, anti-Wall Street organizers on Reddit urged readers to buy GameStop options en masse to catapult its shares “to the moon.” This in turn forced Melvin and others to buy GameStop shares at much higher prices to cover their positions, leading to multibillion-dollar losses. According to reporting by the Wall Street Journal, Melvin lost more than half on its investments in January.

GameStop, meanwhile, surged from around $19 a share to $325—a more-than 1,600% increase. The stock traded a head-spinning $100 billion worth of shares last week, more than Apple and Amazon, according to Bloomberg’s Eric Balchunas.

To traders who genuinely care about the company’s survival, I would suggest they consider supporting it by spending their money there this weekend.

Today, the price of silver also surged on the back of Reddit forums, touching an eight-year high of $30 an ounce in intraday trading.

Gil Scott-Heron, considered by many to be the first rap artist, informed us back in 1971 that “The Revolution Will Not Be Televised.”

That may be so, but it will be tweeted, shared on Instagram, upvoted on Reddit and traded on commission-free Robinhood using decentralized Bitcoin and Ethereum. “Power to the players” indeed.

In Support of Democratizing Capital Markets

No matter where your opinion falls in all of this, you can’t deny that it’s historic. To my knowledge, nothing like this has ever happened before in capital markets, where millions of small traders, many of them using their $600 stimulus checks, worked in tandem to cripple wealthy institutional investors, leveraging their very own trading strategies against them.

Metro-Goldwyn-Mayer (MGM), in fact, has reportedly acquired the film rights to an as-yet unpublished book about the Reddit-GameStop saga. The book’s working title? The Antisocial Network.

In the process, a number of GameStop traders have made life-changing amounts of money.

Let me be very clear: I’m in favor of Robinhood’s mission to democratize capital markets and finance, but like democracy itself, things can sometimes get messy. What the Redditors are doing is not investing. This isn’t the same as Robinhooders buying airline stocks last May after Warren Buffett dumped his positions in the big four carriers.

It isn’t even speculation. It’s activism—think of it as a type of anti-Wall Street “Arab Spring”—and I fear that some young people may get hurt when the bottom falls out.

Robinhood clearly felt the same when it halted trading in some of the heavily shorted stocks (and, on Friday, as many as 50 other stocks). The online broker, whose tagline is “Investing for Everyone,” tried to clarify its decision in an email last week, saying the temporary restriction “was not made on the direction of any market maker we route to or other market participants.”

Robinhood also emphasized its longstanding mission to open the capital markets up to a greater share of people, including younger and nontraditional investors:

Dalio: Bitcoin Is “One Hell of an Invention”

That brings me to Bitcoin, Ethereum and the crypto ecosystem in general, which is likewise helping to democratize finance. When you use a card to pay for your Starbucks, there’s a third party standing between you and the transaction. With Bitcoin and Ethereum, payments are peer-to-peer, open and free to move across borders.

For this reason and more, Ray Dalio last week called Bitcoin “one hell of an invention.”

In a blog post dated January 28, the Bridgewater founder wrote that it’s an “amazing accomplishment” that Bitcoin has been “rapidly gaining popularity as both a type of money and a storehold of wealth.” He added that, to him, Bitcoin looks like an attractive long-term option that he could one day put money in.

Dalio’s comment, I believe, underscores the reality that cryptos are rapidly going mainstream—as an investment, as stores of value and as currencies. It’s no longer just speculators who are participating, but well-known, highly respected investors and organizations.

The week before last, in fact, inflows into cryptocurrency funds and products hit a new record of $1.31 billion, according to CoinShares. So far this year, Bitcoin has seen average daily trading volume of $12.3 billion, up significantly from $2.2 billion last year.

Another sign that Bitcoin is growing in popularity: The number of Bitcoin wallets that contained a positive balance reached a new record high in 2020, according to Coinbase’s 2020 in Review. An estimated 33.2 million wallets held Bitcoin, an increase of 16.8% from the previous year.

The Rise of DeFi, a Competitor to Traditional Financial Services

Decentralized finance (DeFi) also continued to grow in 2020. In short, DeFi has the potential to completely upend the traditional financial services industry by providing “global, programmatic, decentralized, 24/7/365 markets” for services as various as taking out loans, investing in derivatives, trading assets and buying insurance contracts. For the first time, financial product development has been put “directly in the hands of engineers, who no longer need to work at a bank and ‘ask permission’ to create products.”

According to Coinbase, there were 1.2 million DeFi users around the world taking advantage of these open-source systems. The number will only continue to grow.

I think one of the biggest signs that open-source technology is giving traditional finance a run for its money is that, today, a single Bitcoin is enough to purchase between 100 and 150 shares each of the big four U.S. banks. Compare that to five years ago, when one coin could only buy you about one share each.

We Were Early in the Crypto Ecosystem

Having said all that, I couldn’t be prouder to have helped bring HIVE Blockchain Technologies to market more than three years ago. It remains the only crypto miner that mines both Bitcoin and Ethereum.

Today, I’m pleased to say that HIVE ranked number four on the 2021 OTCQX Best 50, a ranking of top performing companies on the OTCQX Best Market based on 2020 total return and average daily dollar volume growth.

Originally published by US Funds, 2/1/21