You are at:Home»Active ETF Channel»Precious Metals Outlook 2021: Renewable Energy Will Be a Key Driver 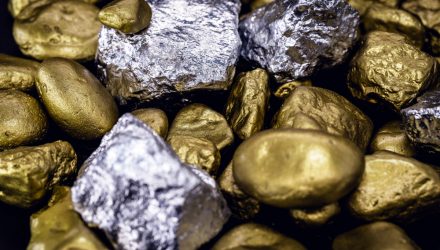 Precious Metals Outlook 2021: Renewable Energy Will Be a Key Driver

Precious metals in general did very well in 2020, and I expect them to keep pace in 2021, supported by heightened efforts in the U.S. and elsewhere to transition from fossil fuels to renewable energy.

Gold bullion gained more than 25%, its best year since 2010. The surge in money supply due to pandemic stimulus helped fuel the rally. The amount of M1 money moving around the U.S. economy skyrocketed 66% from last year.

2020 marked the fifth straight year of positive gains for the yellow metal. In the past 15 years, gold has been up 80% of the time, a remarkable track record.

Silver was the best performing precious metal in 2020, up nearly 48%. Palladium and platinum were also strong performers, up 26% and 11%, respectively.

The biggest headwind in the fourth quarter of 2020 was positive vaccine news. Gold suffered its biggest drop in seven years in November when Pfizer announced it had developed an effective vaccine against COVID-19. The metal fell 5% on the day and ended the month below $1,800 an ounce.

2021 Could Be Another Win for Silver

Silver is set to become a major beneficiary of emerging industrial applications.

That includes sources of renewable energy, solar specifically, which continues to ramp up around the globe in response to a combination of carbon emissions legislation and a rapid decrease in the cost of “green” electricity. President Joe Biden has made addressing climate change one of his top priorities and has ambitions to legislate a more rapid transition to clean technologies that favor not just silver but other metals as well.

According to a report by CRU Consulting, solar power generation will increase to 1,053 terawatt hours (TWh) by 2025, close to double the amount that was generated in 2019. Amazon alone is planning five major solar projects around the world, including its first in China, as the retail giant seeks to reach 80% renewable energy by 2024 and 100% by 2030. Once completed, these five projects will generate 1.2 million megawatt hours (MWh) of energy every year, or enough to power 113,000 average U.S. homes.

I expect this to be a huge boon for silver, which is used to manufacture the all-important photovoltaic (PV) cells found in solar panels. Between now and 2030, PV manufacturers are projected to consume a staggering 888 million ounces of silver, according to CRU. To put that in perspective, that’s 51.5 million ounces more than the combined output from global silver mines in 2019.

But there are other technologies on the horizon that will require vast amounts of the white metal.

The global rollout of 5G technology, still in the very early stages, will increase production for goods such as semiconductor chips, cabling, microelectromechanical systems (MEMS), Internet of things (IoT)-enabled devices—all of which require silver. In 2019, the amount of silver used in the applications stood at 7.5 million ounces, or 0.75 percent of annual output. By 2025, that amount could more than double to 16 million ounces and, by 2030, triple to 23 million ounces, according to estimates by Precious Metals Commodity Management.

Bitcoin Will Continue to Challenge Gold

Gold could continue its rise in 2021 on low interest rates and higher inflation. Many remain bullish on the precious metals rally even after a volatile end to 2020. Bloomberg Intelligence’s Mike McGlone says gold will be the asset to beat—predicting it will outperform stocks—due to greater quantitative easing and growing debt-to-GDP ratios.

Low gold demand from India, the world’s second largest consumer, could continue to be a weakness on weak economic growth and high metal prices. India’s gold jewelry sales in the fourth quarter fell to the lowest level since 2008.

Spiking interest in Bitcoin and cryptocurrencies was a headwind for gold and traditional haven assets in the fourth quarter. However, some believe both assets can keep rising together. Galaxy Investment Partners CEO Mike Novogratz says gold can “easily” go up 30% in 2021, even as JPMorgan predicts Bitcoin to surge to nearly $150,000.

Money has poured into Bitcoin funds and out of gold-backed funds. JPMorgan expects this trend to continue as more institutional investors take positions in cryptocurrencies. The Grayscale Bitcoin Trust has seen inflows of almost $2 billion since October, compared with outflows of $7 billion for ETFs backed by gold, according to JPMorgan. Many investors view Bitcoin and cryptos as an alternative to gold as a hedge in their portfolio against equities and other currencies.

Mergers and Acquisitions in the Goldfield

There are many small mining companies in the junior space that were up 100% to 300% for the year, but they came off rock bottom valuations. GoGold Resources, up over 200%, boasts a management team that found interesting discoveries in Mexico. Calibre Mining and Metalla Royalty & Streaming were also two strong picks. Exploration company Revival Gold is on track to get a project going in the U.S. A new player is Magna Gold out of Mexico, and Brixton Metals has released strong results recently. Maverix Metals and Barksdale Resources, both laggards last year, could surprise investors in 2021.

I believe the juniors are going to start showing some good results. They raised about $2.5 billion collectively last year. We’re going to start getting more exploration results that could drive their share price. Companies like Major Drilling Group International are beneficiaries of the capital raised because they’re doing a lot of drilling to help the juniors. I believe there will be some discoveries along the way that are going to be very positive.

Over the last two years, we saw the major gold miners consolidate and shed assets, but they also took some investment positions in select exploration companies. However, we didn’t see any major mergers in the mid-tier gold mining space. Recently, we saw Premier Gold Mines and Equinox Minerals consolidate. Agnico-Eagle Mines taking out TMAC Resources is another example of larger companies just starting to pick up producing or near-producing assets. 2021 could be the year of increased corporate activity leading to more growth and consolidation of assets. Acquisitions are likely to resurface, I believe.

This coming year, platinum could get a bit more attention, and I see it playing catch-up to other precious metal prices on a relative basis. Platinum is used as the catalyst in hydrogen fuel cells. This is going to provide a whole new avenue for platinum use to expand its demand beyond diesel engines as an exhaust catalyst. Diesel vehicles have been losing market share with the Volkswagen emissions scandal and as big rigs go electric in the future.

With palladium, you want to keep your eye on how fast the electric vehicle market grows. Palladium is usually used in internal combustion engines (ICEs). If electric vehicles really take off, that could be a potential headwind for palladium.

But it’s still early. According to UK-based precious metals consultancy Metals Focus, 2021 may see strong demand from the auto sector, particularly in China. This, coupled with tighter emissions legislation from the Biden administration in the U.S., may be enough support to push palladium prices back near record highs.

All opinions expressed and data provided are subject to change without notice. Some of these opinions may not be appropriate to every investor. This article may include certain “forward-looking statements” including statements relating to revenues, expenses, and expectations regarding market conditions. These statements involve certain risks and uncertainties. There can be no assurance that such statements will prove accurate and actual results and future events could differ materially from those anticipated in such statements.