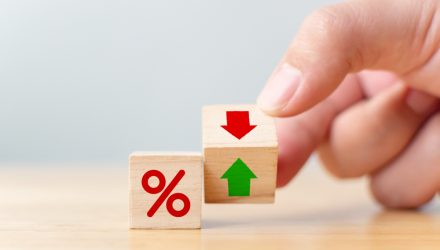 How Active Fixed Income Can Navigate a Higher Rate Environment

U.S. stocks rose while government bonds stabilized in early trading on Wednesday as Wall Street awaited the Federal Reserve’s announcement on interest rate hikes. Investors and analysts expect the U.S. central bank to announce a 75-basis-point rate hike on Wednesday at 2 PM Eastern time, which would be the largest since 1994.

“Economists expect the Fed will continue to raise rates throughout the year as it battles inflation,” CNBC reported. “Some analysts now forecast the central bank will announce another 0.75% increase in July, followed by two 0.5% hikes in September and November.”

Analysts at Deutsche Bank wrote in a report on Tuesday that they expect 0.75% hikes at the central bank’s meetings both this week and in July, underscoring what they called a “need for speed” to curb inflation.

“A more accelerated Fed hiking cycle ultimately should help tame inflation pressures but will make it more difficult to thread the needle between lower inflation and a recession,” Deutsche Bank analysts wrote, adding that they expect the U.S. economy to enter recession around mid-2023.

Fed Chairman Jerome Powell has said that he wants to get interest rates “expeditiously” to a neutral level (which would be around 2.4%), then higher as needed. Raising rates in 75-basis-point increments would achieve that level by July.

With the Fed expected to announce its decision on rate hikes later today (as 10-year Treasury yields hit their highest level since 2011), active management can help steer the fixed income allocation ship rather than advisors having to do it themselves.

“Active bond fund managers can adjust to sentiment that the Fed will take more aggressive action and shift exposure to less rate-sensitive securities,” said Todd Rosenbluth, head of research at VettaFi. “In addition, once the Fed acts and offers forward guidance, these managers can respond in a timely manner, helping advisors navigate the bond market challenges.”