You are at:Home»Active ETF Channel»As the Economy Cycles, This Growth ETF Could Emerge Anew 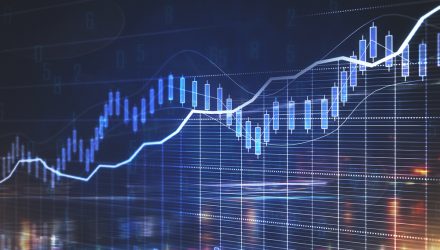 As the Economy Cycles, This Growth ETF Could Emerge Anew

History confirms that when the economy begins emerging from a recession, cyclical stocks typically outperform during the recovery phase. Not that growth stocks are down this year, but the group is significantly trailing cyclical value fare.

Growth stocks have disappointed this year, but some market observers believe economic and corporate earnings could soon peak. That would signal a possible end to the recovery phase, meaning the T. Rowe Price Growth Stock ETF (TGRW) may be coming back in fashion.

“The question as we head toward the second half of the year is whether we’re facing a long-lasting boom (aka, a new ‘Roaring Twenties’), a boom-settle, or a boom-bust scenario,” says Liz Ann Sonders, Charles Schwab chief investment strategist, in a recent note. “At this point, I lean toward the boom-settle scenario; in part because we may be facing another peak in the growth rate for both the economy and corporate earnings (distinguished from peak growth).”

Actively managed, TGRW focuses on companies with strong earnings growth and the ability to generate free cash flow as well, as companies that can maintain that earnings growth in slack economies. The fund’s managers also prioritize firms in compelling market segments that can expand their leadership roles, even in lethargic economic climates.

Those are relevant traits because the current trajectory of U.S. economic growth is a tough act to keep up. The world’s largest economy grew 6.4% in the first three months of the year and estimates are as high as 6.8% for the current quarter. For an economy the size of the United States, those percentages aren’t sustainable over the long-term.

“A contributing driver of less-robust economic data is likely the fading impact of fiscal stimulus thanks to direct stimulus checks being in the rear-view mirror; and supplemental unemployment insurance set to expire in early September,” adds Sonders.

As growth slows, investors could depart some of this year’s top-performing sectors, such as energy and materials, because those groups usually have sluggish earnings momentum. Conversely, if economic growth turns tepid, investors may be apt to revisit high-growth sectors, such as the technology and communication services, which combine for 55% of TGRW’s roster.