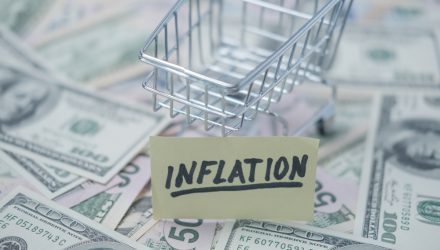 While the most recent consumer price index report suggested that inflation may be cooling, not everyone thinks the Federal Reserve has gotten control of inflation — not even members of the Federal Open Market Committee. Pershing Square Capital founder and CEO Bill Ackman expressed doubt that the U.S. central bank could bring price stability down to its target and thinks stock prices could remain under pressure as rates stay high.

In a quarterly call with investors on Thursday, Ackman said that “long-term interest rates are meaningfully below where they are going to go and we think that is, of course, a risk for equities,” before adding that he thinks “inflation is going to be structurally higher going forward than it has been historically.”

Ackman continued: “We do not believe that is likely the Federal Reserve is going to be able to get inflation back to a kind of consistent 2% level. We will have to ultimately accept a higher level of inflation.”

The latest CPI report showed that consumer prices rose 0.4% for the month and 7.7% for the 12 months ending October 31, lower than Wall Street estimates. This gave investors hope that the Fed would be less hawkish when raising interest rates going forward.

But after the report was issued, some Fed officials suggested that a pivot from raising interest rates would be premature. Federal Reserve Governor Christopher Waller said: “We’ve got a long, long way to go to get inflation down.” St. Louis Federal Reserve President James Bullard said that the U.S. central bank hasn’t done nearly enough to bring inflation down, adding that to “attain a sufficiently restrictive level, the policy rate will need to be increased further.”

The Fed raised the target range for the federal funds rate by 75 basis points this month, marking the sixth consecutive rate hike and the fourth increase of 0.75%. The FOMC will meet on December 13–14. Analysts expect the U.S. central bank will approve another rate hike, but this time it is expected to be an increase of 50 basis points rather than another 0.75% raise.

With inflation expected to remain high and the Fed expected to continue to raise interest rates, markets can expect continued instability. That’s where active management can help.

While passive strategies lack the flexibility to adapt to changing market environments, active ETFs can offer the potential to outperform benchmarks and indexes. Plus, active managers with greater resources and greater scope benefit from economies of scale, which can often translate to better returns.

“Active managers have the flexibility to take advantage of market volatility and add to favored positions when prices become more attractive,” said Todd Rosenbluth, head of research at VettaFi.