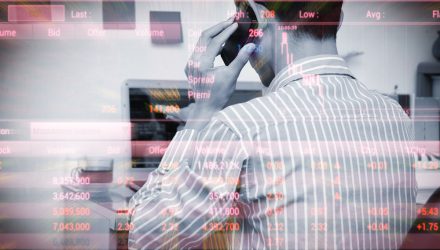 Actively managed small-caps were the big winner last month and last year, having outperformed their benchmarks by a wide margin in both January 2022 and calendar year 2021, according to a new report from Jefferies LLC.

The report revealed that 81% of all actively managed small-cap strategies beat the Russell 2000, and 94% of active small-cap core strategies beat the benchmark. This marks the highest beat rate since the bank started collecting the data in 1999. In January, small-cap value managers saw their best month since April 2007, with 94% beating the index. Small-cap growth, meanwhile, had 63% beat the index.

“Alpha generation is alive and well in small-cap,” said Steven G. DeSanctis, an analyst at Jefferies, adding that times of market volatility are when investors want active management. “It’s hard to add alpha when everything’s going up. When we get higher volatility, that’s when active earns their fees.”

DeSanctis also noted that, due to the Fed looking to raise interest rates, the market is shifting away from a lot of stocks within the Russell 2000, which has a lot of low earners, new IPOs, and low ROE weights — and should remain that way for the next 12 months.

“Being away from those stocks helps from a performance standpoint,” DeSanctis said.