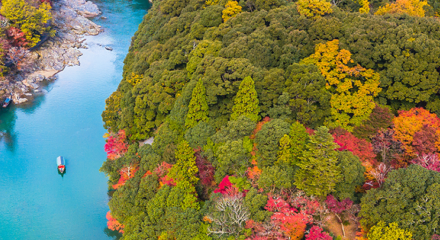 Author’s note: The accelerated pace with which we have been bombarded with news during 2020 has been astonishing. As we’ve touched on in several of our blog posts and updates this year, looking back on a just-ended month often feels as though you’re looking several years into the past, rather than a handful of weeks. Trying to recap October is perhaps the perfect example of this phenomenon, since as I sit here writing this, in just the first few days of November, we’ve had to process the lack of clarity around the Presidential election results, the failure of a “Blue wave” to emerge and bring the Senate back into Democratic hands, and the now very real possibility that even if a victor is declared in early November, legal wrangling could drag on for several more weeks. Still, even if October is a bit of a time capsule at this point, there are useful points and lessons to be taken from a fascinating 31 days…

October was a year to remember.

It began with President Trump and the First Lady testing positive for COVID-19. It ended with a week during which stocks fell by -5.6% as measured by the S&P 500, the worst weekly performance since the onset of the pandemic and ensuing lockdowns in March.

In between, there were many things to fret about amidst what was generally upbeat economic news. The worries were the familiar ones: the spread of the coronavirus, the on-again/off-again stimulus talks, the ebb and flow of the election. All three remained unresolved at month’s end.

Good news was too often lost amidst the deluge of other events. The biggest number came in at the end of the month – a rise of 33.1% in 3Q GDP – reversing much of the previous quarter’s decline. Household income was up 0.9% and personal spending climbed 1.4% in September, providing support for economic growth going into 4Q. Housing starts were up 1.9% in September to 1.425 million, according to the U.S. Commerce Department, while the S&P CoreLogic Case-Shiller national home price index posted a 5.7% annualized gain in August, the fastest level of growth in over two years. The National Association of Home Builders reported that homebuilder sentiment hit a record high for the third month in a row

Additionally, new jobless claims trended down in October, beginning the month at 837,000 and ending at 751,000. The September jobs report was somewhat disappointing, with 661,000 jobs added, down from 1.4 million in August, according to Commerce. Still, the unemployment rate fell to 7.9% with about half the 22 million jobs lost during the early stages of the pandemic now recovered.

President Trump would be hospitalized on October 2nd, and would soon recover, emerging to great public spectacle and to declare economic stimulus talks over until after the election. That declaration turned out to be premature; discussions were revived between House Speaker Nancy Pelosi and Treasury Secretary Mnuchin, but the two sides remained hundreds of billions of dollars apart and no agreement was reached by month-end. Markets were whipsawed by all this, rising one day and then falling the next, often by a full percentage point or more. Meanwhile, the coronavirus itself continued to chart its own path, with the incidence of new cases rising sharply in Europe and parts of the U.S. Markets viewed this dimly, generally selling off on the news of shutdowns in France, Germany, and England, among other places.

Not to be ignored amidst all of this other news and data investors needed to digest was the fact that it was an earnings month, and generally a pretty good one. As of October 23rd, about 135 of the S&P 500 companies had reported, with around 84% topping quarterly profit estimates, according to Refinitiv.

The markets were not impressed, however, and when the major technology companies Apple, Amazon, and Facebook all reported the week of October 26th, those stocks sold off. Apple, for example, reported record revenue for the quarter on October 29th and beat slightly on earnings, but declined to provide estimates for its fiscal first quarter. The stock then fell -5.6% on the month’s final day. Amazon (-5.5%) and Facebook (-6.3%) were also in the red following earnings. The exception was Google parent Alphabet, up 3.8% on October 30th.

This all capped off what was the worst month for stocks since March. In addition to the drop in S&P 500, the Dow was down -6.5% and the Nasdaq off -5.5%. For October the S&P 500 fell -2.77%, bringing its year-to-date return to a positive 1.21%, and volatility, as measured by the CBOE Volatility Index (VIX) climbed from just under 27 at the start of the month to about 38 as it ended. It was a fitting close to a month of shocks and challenges.

Perhaps most challenging of all for investors? The fact that clearly October was a bit of relative calm before the proverbial electoral storm.

Past performance is no guarantee of future results, which will vary. All investments are subject to market risk and will fluctuate in value.

Chicago Board Options Exchange’s CBOE Volatility Index (VIX), a popular measure of the stock market’s expectation of volatility based on S&P 500 index options.