You are at:Home»Active ETF Channel»2 Ways to Profit from Private Companies 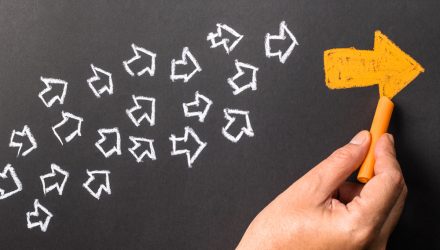 2 Ways to Profit from Private Companies

Sometimes, a trend that you want to play — like privacy-focused search engine DuckDuckGo or road safety drone/AI company RoadBotics — doesn’t have a viable public way to invest in it.

That doesn’t mean you have miss out. You can play today’s hottest trends right on the public markets … even if a company never IPOs.

The REIT Way to Play Cannabis

Say you wanted to take advantage of the explosion of brick-and-mortar cannabis dispensaries that have popped up over the past eight years.

Innovative Industrial Properties (IIPR) became the first listed cannabis Real Estate Investment Trust in 2016. That was marijuana legalization’s biggest year… one-fifth of the country lived in a state that had made it legal in some way.

No matter where you or I personally stand on this topic, it was clear that some states were moving forward. All the companies that would come and go over the next crucial years would need physical space to grow, process, and sell product.

REITs are essentially vehicles for investors to pool their money together to invest in real estate assets.

And IIPR shareholders could have made a lot of money.

There’s also the bonus that REITs are required to pay out 90% of their taxable income to unitholders. IIPR’s last dividend announcement, payable in October, was for $1.17 per share. It’s paid out $7.81 per share since then as well.

REITs offer one way to open a secret door to private companies. Here’s another…

Hit a Bull’s-Eye With This BDC

Business development companies, or BDCs, offer the same access for those “in the know.”

BDCs were created in 1980 when Congress passed an amendment to the “Investment Company Act of 1940.” This created a new category of companies that would provide firms with debt and equity capital. And they would give investors an opportunity to invest in private, small and mid-sized US companies.

One BDC on my radar is Compass Diversified Holdings (CODI) as a way to play the recent spikes in firearm sales.

This chart is based on background check data and not necessarily firearms sold. But it does show some definite spikes over the past 10 years… the greatest being in 2020.

According to a July Wall Street Journal article, big pops in gun sales were often a result of gun aficionados and Second Amendment supporters stocking up.

But this time around, dealers estimate that 40% of sales are going to first-time buyers.

I’m not here to argue for or against guns. I’m here to point out that I saw this trend and wanted to invest in something a little different… gun safes.

These new gun owners are going to need to start thinking about where they might store their firearms and ammo. It has to be away from the hands of the grandchildren or anyone with sticky fingers.

And really, the need for safes comes from more than just guns…

What I found was that gun safe companies are all private, including Liberty Safe, which holds the largest market share in the safe & vault manufacturing industry.

Connecticut-based Compass, however, purchased 96% of that company in 2010.

Since then, Compass been working with management to expand manufacturing capabilities and pursue organic growth initiatives.

Even if you don’t own one of its Liberty safes, you might have another of its products in your home.

If you’ve ever used a chafing dish, for example, chances are the fuel that you used to keep your food warm came from The Sterno Group—one of Compass’s holdings.

BDCs are also required to pay out most of their taxable income to unitholders. CODI currently pays out 36 cents every quarter.

In our zero-interest rate world, this is a great income-generating play to add to your portfolio. One that should see a surge in profits due to the trends of 2020.

Dawn Pennington is the Editorial Director at Mauldin Economics.