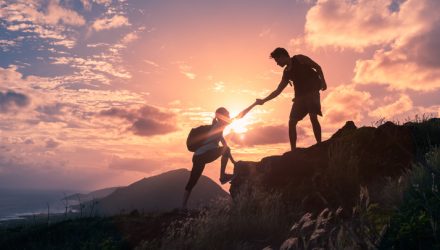 “Most of the investors that were on the sidelines just needed a little bit of a flare gun that was positive to say that these next few weeks, we’re going to get through them pretty well,” Chris Hyzy, the chief investment officer at Bank of America’s Global Wealth & Investment Management, told Reuters.

Investors were also looking ahead to the Jackson Hole economic symposium that starts Thursday where a number of top central bankers is set to include Federal Reserve Chair Janet Yellen and European Central Bank President Mario Draghi. Market watchers are waiting on further details on the Fed’s plans to reduce its bond hoards and clues on when the ECB could cut back on its own asset purchases.

“We’ve been conditioned to expect something out of Jackson Hole each year,” Krishna Memani, OppenheimerFund’s chief investment officer, told the WSJ. “If there is a surprise, it’ll come from [Mr.] Draghi.”