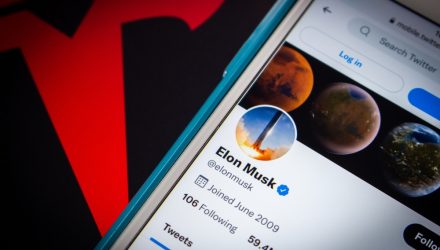 Meanwhile, TWTR shares were up 5.4% on Monday. TWTR makes up 5.75% of SOCL’s underlying portfolio.

According to sources familiar with the deal, Twitter could announce the $54.20 per-share deal that Musk offered later on Monday once the board met to recommend the transaction to shareholders, Reuters reports. However, they also warned that the deal could still fall through at the last minute.

The sources also pointed out that Twitter has not secured a “go-shop” agreement with Musk that would allow the company to look for other bids once the deal is inked. The social media platform could still accept an offer from another party by paying a break-up fee to Musk.

“I think they almost have to take the deal,” CNBC’s Jim Cramer says Monday on “Squawk on the Street.”

Twitter is scheduled to report its first-quarter earnings on Thursday, and some warn that the company could disappoint.

“Locking a deal up today or tomorrow may sound pretty appealing for someone who knows they are in possession of bad news,” Gordon Haskett says in a Monday note.

Musk, the world’s richest person according to Forbes, has offered an all-cash deal to acquire Twitter to make the company go private. He argued that the online platform needs to go private to expand and truly become a public venue for free speech.

“The company will neither thrive nor serve this societal imperative in its current form,” Musk says in his offer letter last week.

Musk has also previously said that Twitter’s board members’ interests “are simply not aligned with shareholders” and that the board “owns almost no shares” of the company.