You are at:Home»Equity ETFs»A Small-Cap ETF That Could Surge in 2018… 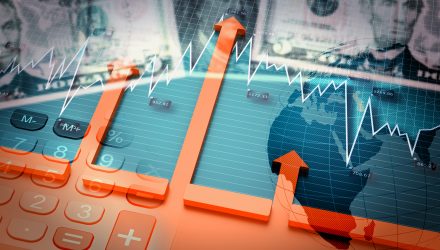 For example, the Vanguard FTSE All-World ex-US Small-Cap ETF (NYSEArca: VSS) climbed 30.6% last year, more than doubling the returns of the Russell 2000 Index. VSS follows the FTSE Global Small Cap ex US Index and provides an easy way to gain broad exposure across developed and emerging market companies outside of the U.S.

Small-caps are also focused on the domestic economy and have less direct exposure to global geopolitical uncertainty and currency risks, as opposed to large-cap companies that have an international footprint, which may be affected by overseas risks and a strengthening U.S. dollar. Still, it pays to look outside the U.S. for other small-cap opportunities.