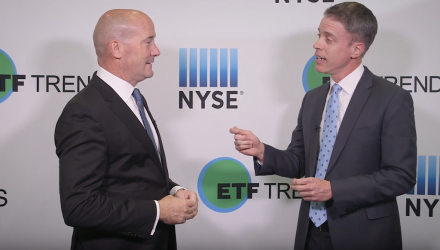 A Sensible Commodity ETF Pick to Diversify a Traditional Portfolio

The escalating trade war rhetoric between the U.S. and China have dragged down global markets, but as the two countries come together to find common ground, exchange traded fund investors may be left with a potential buying opportunity to get in on the rebound.

“It’s affecting Chinese economy. It’s affecting the U.S. to a smaller degree – most economists think it’s going to shave about a quarter of a percent off of GDP growth, but it’s really having an impact on emerging market equities and it’s depressed commodity prices as well. But if there’s a positive change in tone, we could see prices pop once some of the pressure comes off,” Kevin Baum, Chief Investment Officer for USCF Investments, said at the Charles Schwab IMPACT 2018 conference.

If we see the U.S. and China continue to take steps to mend fences and come to an agreement on trade, much of the anxiety hanging over the markets could be quickly alleviated, which would help induce a rebound from this year’s trade-war selling.

“We think that industrial metals prices, agriculture prices could significantly recover – maybe 10-15 percent price recoveries – because that’s what has sold off since the tariff war started,” Baum added.