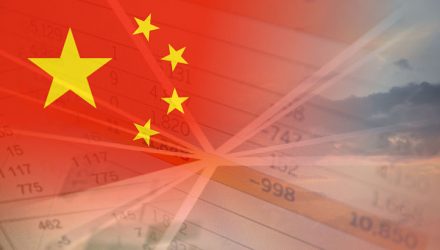 Ahead of next week’s decision by index provider MSCI Inc. on the classification fate of China A-shares, some investors have been flocking to the KraneShares Bosera MSCI China A ETF (NYSEArca: KBA).

KBA “saw $49.5 million of inflows in May, its best month ever, according to data compiled by Bloomberg. So far in June, $67.5 million has poured into China equity funds listed in the U.S., compared with $100 million of outflows during the first five months of the year, the data show,” reports Viren Vaghela for Bloomberg.

Last year, China A-shares, the stocks trading on mainland exchanges in Shanghai and Shenzhen were boosted by speculation index provider MSCI could add those stocks to its international indices, including the widely followed MSCI Emerging Markets Index.

MSCI opted against that inclusion, but that does not mean A-shares are off the index provider’s radar. The opposite is true as MSCI remains actively engaged in client discussions regarding what steps need to be taken for A-shares to become appropriate fits for MSCI benchmarks. More than $1.5 trillion in global assets are benchmarked to the MSCI Emerging Markets Index.