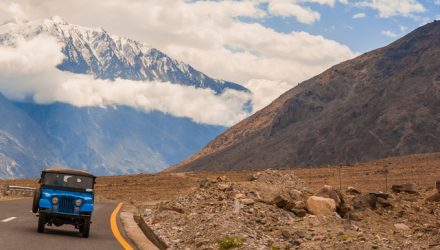 A New ETF to Capitalize on China’s One Belt, One Road Project

Krane Funds Advisors, known for its line of China-related KraneShares ETFs, has expanded on its China theme with a new strategy to capitalize on the emerging economy’s ambitious one belt one road infrastructure project.

The MSCI One Belt One Road ETF will try to reflect the performance of the MSCI Global China Infrastructure Exposure Index, which is comprised of companies that are more likely to be potential beneficiaries of China’s “One Belt, One Road” initiative that will emphasize the interconnectedness and cooperation between China and other Eurasian countries. Underlying components will include those whose revenues are more likely to benefit from China’s infrastructure development initiative, according to a prospectus sheet.

The index will include a 45% tilt toward Chinese issuers, including China A-shares, and 55% to other countries.

“This index aims to capture the performance of wide-ranging global infrastructure investment opportunities represented by China’s One Belt One Road initiative,” Christine Berg, CFA, Managing Director at MSCI, said in a note.