You are at:Home»Featured»A Junk Bond ETF Has Been an Easy Target for Bearish Options Traders 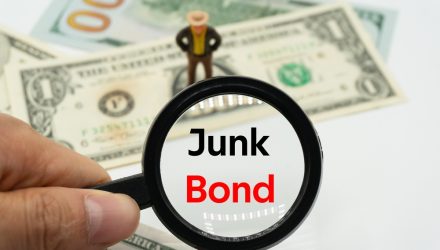 Traders are betting on more weakness in the high-yield bond market, taking on an increasingly bearish stance in a speculative-grade junk bond-related exchange traded fund.

The iShares iBoxx $ High Yield Corp Bond ETF was also among the most popular ETF plays over the past week, attracting about $900 million in net inflows, according to VettaFi data. However, some of the increased inflows may be attributed to short interest as traders borrow shares.

The sudden increased demand for HYG downside protection reflects traders are “slapping hedges back on” after last week’s rally as many remain convinced that the Federal Reserve will maintain its hawkish monetary policy outlook, Charlie McElligott at Nomura Holdings, told Bloomberg.

While the markets last week began to reflect the possibility the central bank could pause rate hikes as soon as September, swaps in the options market revealed traders were largely betting on three back-to-back half-point rate hikes ahead. Since HYG’s realized volatility remains relatively low, McElligott argued that the ETF is an inexpensive way for traders to hedge the impact of tightening monetary policy on corporate credit.

“There’s still a sense of another shoe to drop — the September pause is a total hoax,” McElligott said. “Hawkishness not only being reiterated here, but in Canada and Europe. Add in quantitative-tightening commencement and the perception of impact it can have on spread product like credit, it continues to be a preferred ‘cheap’ hedge.”

Riskier corporate credit remains out of favor in the ongoing rising interest rate environment. Over $60 billion has inundated fixed-income ETFs so far this year, but almost $11 billion has flowed out of high-yield funds, according to Bloomberg data.