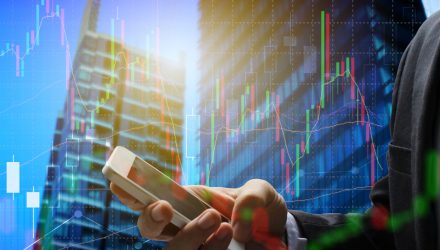 A Guide to Investing in Emerging Asian Markets Outside of China

For investors who want exposure to Asian markets but are looking to avoid investing in China, there are five promising “Asian Growth Cubs” that are positioned differently from China and India and are poised for growth. Maurits Pot, founder and CIO of Dawn Global Management, discusses these “Cubs” and the investment opportunities in the Asiatic region outside of China in a recent webcast with Tom Lydon, CEO of ETF Trends.

Pot has vast experience in emerging markets, having traveled to over 90 countries before the pandemic began, and has dedicated his career to understanding emerging markets and their associated economies. Pot believes that through local exposure, a better understanding is built of the culture and country, and of the companies being invested in.

BRICs (Brazil, Russia, India, and China) investing has been a lynchpin of emerging market strategies for the last 20 years, but Pot believes that investing just based on indexes, particularly ones still utilizing this BRIC methodology, is the wrong way to gain exposure to these markets. He proposes instead a regional approach to emerging market investing.

The countries that Pot sees opportunity for growth in are Pakistan, Bangladesh, Indonesia, Vietnam, and the Philippines. This group of countries has the largest Meta (Facebook) user base globally, and the collective GDP is roughly the size of India’s GDP, while the market cap is approximately half. This means that the buffer ratio is significantly lower than investing in China or India.

Dawn Global has labeled these five countries as Asian Cubs after the popularity of the Asian Tigers countries from the 1990s, which included Hong Kong, Singapore, Taiwan, and South Korea. They see countries such as Bangladesh as having the potential to be the next Korea in 20–40 years, representing enormous growth potential.

Cub countries today have double the spending power of BRICs in 2001, with younger populations that are growing rapidly. These countries have adopted digital media and a digital lifestyle at a rapid rate and currently make up the largest Meta (Facebook) user group in the world.

“What you see historically for the last 11 years, the region led global growth and for the next five years based on the latest IMF forecast, again it’s expected to lead growth, lead emerging markets growth, lead emerging Asia growth ex-China,” Pot says. “I think what the story here is that this is not just valuation growth, this is underlying strong economic growth that has been going on for a number of years.”

The Asian Growth Cubs Equity Index has outperformed all EM country indexes, all industries, and the S&P 500 over the last 20 years, but investing in public markets has remain subdued, with net selling in the last five to eight years, Pot explains. Foreign investors are active in the private markets within Cub countries, which will help fuel IPOs within the countries and bring even more investment opportunities.

The Asian Growth Cubs ETF (CUBS) is the only way for foreign investors to gain access to investment in these countries. CUBS invests in companies such as Renata Unlimited, a Bangladesh pharma company that is actually a legacy of Pfizer; Systems, a leading software company in Pakistan that has 80% revenue generation in USD, protecting it from local volatility; and Converge, a cable and fiberoptics company in the Philippines that was previously owned by private U.S. equity.

The fund diversifies across the countries it invests in but focuses mostly on healthcare, telecom and media, technology industries, fast-moving consumer goods, and digital banking to a smaller degree, Pot explains.

CUBS combines a quantitative top-down company screening process that utilizes an ESG filter that excludes fossil fuel, defense, mining, gambling, and tobacco companies. Next, a qualitative bottom-up company analysis is done, providing a diversified portfolio of securities that are equal-weighted, according to the website.

CUBS is an actively managed fund that carries an expense ratio of 0.99%.

Financial advisors interested in learning more about investing in the Asian Cubs can watch the webcast here on demand.