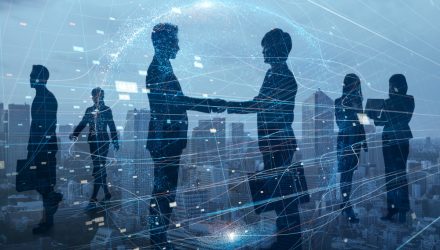 A Green Bond Play on China’s Fight Against Climate Change

“The green bond space is expected to continue its rapid growth, and we believe China could take the lead, given its carbon neutrality goals and the level of fossil fuels the country consumes, particularly relative to the rest of the world,” Lowry said.

There was a huge jump in green bond issuances in 2021, following the global health pandemic, with a greater emphasis on environmental, social, and governance, or ESG, principles. While the U.S. has consistently been the world leader in green bond issuances, China is catching up and had the largest percentage growth in issuances from the amount issued in 2020 to the amount issued in 2021.

China’s President Xi Jinping previously announced that China plans to peak its carbon footprint by 2030 with the plan to be carbon-neutral by 2060. Consequently, China will be making substantial investments and providing incentives to local corporations that finance investments into hydrogen-based energy solutions, carbon capture and storage solutions, and wind and solar power solutions. According to Credit Suisse, China is expected to need to spend $20 trillion over the next 40 years to achieve net zero carbon emissions.

“Because China is making a financial commitment to green projects, we believe this creates immense opportunity for green bonds in general,” Lowry said.

Lowry argued that despite a low supply of green bonds, the market has yet to observe “greenium,” or price premium, by virtue of being a green bond, over the rest of the Chinese bond market.

“We believe that this represents opportunity as President Xi Jinping only recently announced the country’s plan to reduce, and ultimately, eliminate the country’s carbon footprint,” Lowry said. “As the incentive programs for companies in China roll into the economy, we believe that we will start to see significant outperformance of green bonds over the rest of the market.”

In a bid to achieve its green objective, Global Beta Advisors LLC will screen a broad universe of Chinese corporate debt securities and select bonds that finance environmentally beneficial projects. The bond selection is further refined based on FactSet’s TruValue Labs’ environmental, social, and governance, or ESG, scoring methodology.

The managers will also rank issuers on long-term industry-adjusted scores, the recent trajectory of their ESG practices, their credit quality, and their net debt to equity ratio. Bonds with certification from the Climate Bonds Initiative will have greater consideration.

The debt securities will also be evaluated based on credit quality, coupon rate, current yield-to-maturity, convexity, duration, and option-adjusted spreads.

Financial advisors who are interested in learning more about China’s green bonds can watch the webcast here on demand.