You are at:Home»Featured»A Gasoline ETF Is Rallying as the Memorial Day Weekend Kicks Off Summer Travel Season 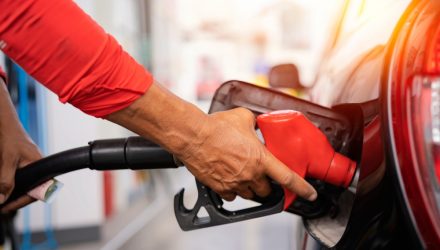 Gasoline prices and a gas-related exchange traded fund continue to climb as the Memorial Day weekend kicks off the peak summer driving season.

The average price for a gallon of regular unleaded gas in the U.S. hit $4.60 on Thursday, or a 51% jump year-over-year and a new all-time high, the Wall Street Journal reported. Furthermore, gas prices were above $4 per gallon, on average, in all 50 states last week for the first time.

Looking ahead, prices at the pump won’t be easing anytime soon. JPMorgan analysts have projected that retail gas prices could rise to $6.20 per gallon by August.

“A big part of why we aren’t seeing higher demand is that people are thinking more about how to reduce their consumption” due to high gas prices, Patrick De Haan, head of petroleum analysis at price tracker GasBuddy, told the WSJ.

May is usually when gas demand begins to gain momentum as the weather warms and Americans begin to hit the road and travel around Memorial Day weekend. In its latest forecast, AAA estimated an 8.3% increase in travel compared to Memorial Day weekend in 2021, or 92% of 2019 levels, The Hill reported.

Policymakers are monitoring the holiday travel season as an indicator of how to approach gasoline prices.

“Everybody’s feeling the pain now, or they’re going to as we’re coming out of.. the big travel weekend, when everyone pays attention,” Sen. Kevin Cramer (R-N.D.) told The Hill. At the end of the long weekend, Cramer said, “I think we’ll have some data that will be helpful, [that]will be instructive as we consider what to do next.”

Devin Gladden, AAA National’s manager for federal affairs, also argued that travelers are taking to the roads to make up for lost travel during the COVID-19 pandemic.

“However, with gas prices being at highs that they have not seen before, they certainly are going to be looking for ways to save money during their trips,” Gladden said.

Low storage levels will keep a bottom support in prices this time around as well.

“Refiners normally build up their inventories in the spring as summer demand is expected to exceed day to day refinery production in the summer months. This year however we’re entering the peak driving season with abnormally low stocks,” Antoine Halff, an adjunct senior research scholar at Columbia University’s Center on Global Energy Policy, told The Hill.

“Furthermore, Europe, which normally ships excess gasoline production to the U.S. East Coast, may not be able to do so this year following Russia’s invasion of Ukraine,” Halff added.