You are at:Home»Featured»A Bearish ETF to Hedge Against Recession Risks in Europe 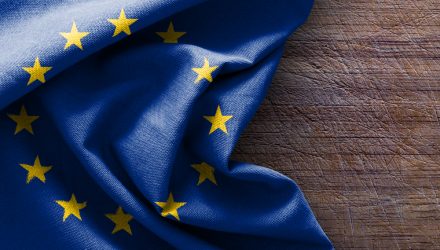 A Bearish ETF to Hedge Against Recession Risks in Europe

Some are warning of a greater risk to Europe’s economy. Investors who are similarly concerned can turn to a bearish or short exchange traded fund strategy to hedge further risks in the European markets.

Citigroup Inc Chief Executive Jane Fraser was the latest to warn that Europe was more likely than the United States to head into a recession first as she joined other global bank CEOs to caution over the weakness in the global economy, Reuters reported.

Fraser, head of the third-largest and most globally-focused U.S. bank, returned from a world tour that included visits to Asia, Europe, and the Middle East, where she focused on how “the three Rs” are affecting global businesses.

Fraser also underscored that in Europe, “the energy side was really having an impact on a number of companies in certain industries that are not even competitive right now.”

“Because of the cost of electricity and the cost of energy, some of them are shutting down operations. So Europe definitely felt more likely to be heading into a recession than you see in the U.S.,” Fraser added.

On the other hand, Fraser argued that in the United States, market observers are more focused on interest rates than recession concerns, which may be seen as a byproduct of interest rates rising too quickly.

“It’s certainly not our base case that it will be, but it’s not easy to avoid either,” Fraser said.

Along with the latest energy concerns stemming from the sanctions in response to the Russia-Ukraine war, Europe is dealing with elevated inflationary pressures, and the European Central Bank is eyeing interest hikes as well.

“It feels like the ECB is a few months behind where the Fed has been in getting its arms around inflation and without quite the same flexibility that U.S. has,” Fraser said.

Investors who are worried about potential weakness in Europe can look to alternative ETF strategies to hedge the risks, such as the ProShares UltraShort FTSE Europe (NYSEArca: EPV), which tracks the -2x or -200% daily performance of the FTSE Developed Europe All Cap Index.