You are at:Home»Featured»A Bearish ETF Strategy Has Capitalized on the Downfall of SPACs 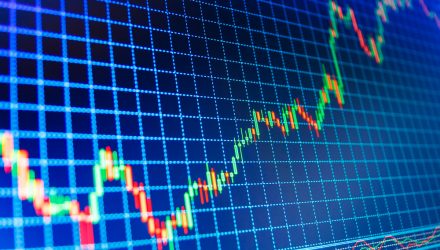 A Bearish ETF Strategy Has Capitalized on the Downfall of SPACs

The hype around special purpose acquisition companies (SPACs) is cooling down, with a bearish exchange traded fund bet on SPACs capitalizing on the falling interest.

DSPC is designed to track the performance of the De-SPAC Index (DESPACTR on Bloomberg), an equally weighted portfolio of 25 of the largest de-SPACs on a rolling 12-month basis. The index is rebalanced monthly.

SOGU is meant to provide an inverse return of the De-SPAC Index for a single day. It offers investors of all sizes convenient “one-ticker” access to an institutional-level short vehicle that may otherwise be difficult to execute.

De-SPACs are companies that come public due to a merger with a special purpose acquisition company (SPAC), or so-called blank-check firms. As an alternative to the traditional initial public offering (IPO) process, SPAC IPOs have witnessed an acceleration in popularity.

Shares on half of companies with finished SPAC deals over the past two years are down 40% or more from the $10 price where SPACs typically begin trading, the Wall Street Journal reports. Losses also topped 60% from their peak about a year ago for many once-hot names as well.

The sudden disfavor for the SPAC segment has even caused some companies to withdraw from previously announced SPAC deals, even if they have to pay millions of dollars to the SPAC for backing out. For instance, savings and investing app Acorns Grow Inc. was the 10th company to terminate a SPAC deal since early November, according to Dealogic.

Some companies that went public through a SPAC have undershot projections they made to previously attract investors, further fueling a stock-price decline that dragged down others tied to the space. Consequently, regulators have raised their scrutiny of SPACs to help protect retail investors from losing money at the expense of insiders.

Meanwhile, many are also unwinding post-pandemic growth and technology plays, especially with rising rates ahead.

“It’s a precarious time,” Evan Ratner, president of Levin Capital Strategies and a SPAC investor, told the WSJ. “The market right now is pricing in only downside and no upside.”