You are at:Home»Equity ETFs»8 Financial ETFs to Chase After Bank Deregulation 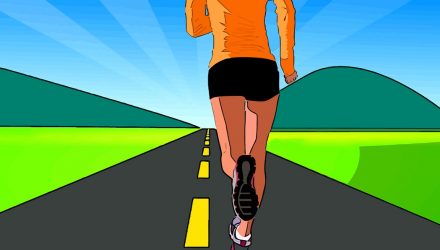 The Senate recently passed a bill to loosen some of the more draconian regulatory restrictions placed on banks in response to a post-financial downturn environment, potentially giving financial stocks and sector-related exchange traded funds more room to run.

On Wednesday, a Senate bill passed 67 votes to 31, freeing more than two dozen banks from some of the harshest regulatory rules placed after the 2008 global financial downturn, the Washington Post reports. The bill enacted a number of significant rollbacks to banking rules that forced banks to take on conservative positions to obviate another financial crisis.

“The bill provides much-needed relief from the Dodd-Frank Act for thousands of community banks and credit unions and will spur lending and economic growth without creating risks to the financial system,” White House press secretary Sarah Huckabee Sanders said.

Observers note that the bill may be particularly beneficial to smaller banks as many local banks and credit unions suffered the most under the onerous restrictions.

“It is a bill that I am in­cred­ibly proud of,” Democratic Sens. Heidi Heitkamp (N.D.) said in a Senate floor debate this week. “Dodd-Frank was supposed to have stopped too big to fail, but the net result has been too small to succeed. The big banks have gotten bigger since the passage of Dodd-Frank, and the small banks have disappeared.”