You are at:Home»Currency-Hedged»6 UK ETFs to Watch as Pound Faces Volatility 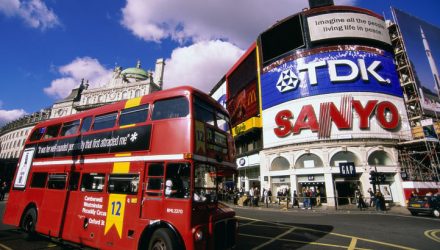 “The implied probability of a 25-basis-point rate increase by year-end was 23 percent, according to MPC-dated SONIA, sliding from 50 percent before the BOE’s policy announcement on Aug. 3, when it kept its key rate at a record low and cut the economy’s growth outlook,” according to Bloomberg.