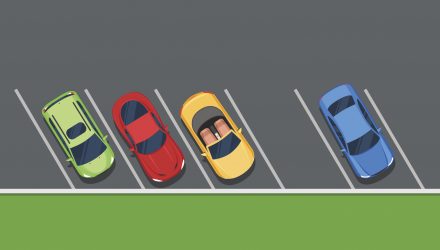 As interest rates weigh on the fixed-income market and equities pulled back, investors have looked to short-duration bond ETFs to weather the storm.

For example, the SPDR Barclays 1-3 Month T-Bill (NYSEArca: BIL), experienced its largest inflow since 2011 on Monday, attracting $581 million in net inflows, Bloomberg reports. Over the past month, BIL has brought in more than $1.7 billion, which is on pace for its largest monthly creation since August 2011.

Additionally, the Goldman Sachs Treasury Access 0-1 Year ETF (NYSEArca: GBIL) was another standout among the ultra-short-duration bond ETFs, bringing in $110 million since October 22.

The sudden rush for these ultra-conservative, cash alternative plays comes off the heels of a swift pullback in the U.S. equity market over the month of October,  one of its worst months since the financial downturn.

“With the weakness in the market, we have seen investors get out of both longer duration fixed-income and equities into BIL as a cash-parking vehicle,” Mohit Bajaj, director of ETFs at WallachBeth Capital, told Bloomberg. “They need to remain invested in something, so as a placeholder they invest in BIL.”

Furthermore, fixed-income investors have been shortening their duration exposure ahead of bets that the Federal Reserve will continue to hike its benchmark interest rates. The short-term debt category have seen yields push above the S&P 500 dividend payout, which have made relatively safe fixed-income more attractive.