You are at:Home»Investing»5 Fixed-Income ETFs that ‘Billions’ Character Bobby Axelrod Would Play 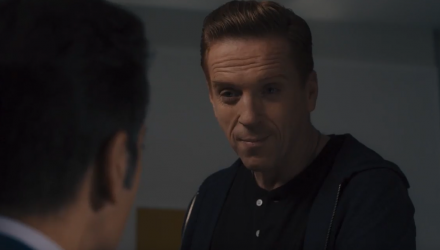 Treasure chests of money tinged with corruption amid a backdrop of high finance makes for an interesting show and with a character like fictitious hedge fund manager Bobby Axelrod, expertly played by actor Damian Lewis, Showtime network’s television series “Billions” takes viewers on a seemingly endless game of chess. Whenever there’s money to be made, rest assured that the ambitious Axelrod is in the eye of the storm regardless of the asset class, including bonds.

In the second season of “Billions,” Axelrod showed that his multi-strategy hedge fund, Axe Capital, is not averse to the fixed-income space. With word that a casino was headed to sleepy town Sandicot, Axelrod snapped up the city’s distressed municipal bonds in an effort to capitalize on its impending rise in prices should the casino plans actually come to fruition.

As it turns out, the plans went awry and Axelrod is forced to try to recoup his municipal bond investment by foreclosing on the town, taking all its assets, including land ownership and buildings. This shows Axelrod’s disdain for losses and the hedge fund billionaire will go to great lengths in an effort to avoid losing money.

The show highlights Axelrod’s continuous cat and mouse game with ruthless U.S. Attorney Chuck Rhoades played by Paul Giamatti. As such, an underlying theme in the following list of fixed-income ETFs that Axelrod may play is the inclusion of a Treasury debt-shorting strategy–any chance Axelrod gets to slight the U.S. government is a winner in his book–as well as his penchant for risk when necessary.

That being said, here are five fixed-income ETFs worthy of inclusion in the Axe Capital debt portfolio.

HYHG tracks the performance of the Citi High Yield (Treasury Rate-Hedged) Index and allocates 80% of its total assets in high-yield bonds and short positions in Treasury Securities in order hedge against rising rates. Because HYHG invests in high-yield bonds, there is credit risk associated with the higher yield since the fund invests in corporate issues that are less than investment-grade, but with a risk aversion like Axelrod’s, that shouldn’t deter him. By targeting a duration of zero, HYHG offers less interest rate sensitivity versus its short-term bond peers.

HYIH seeks investment results that correspond generally to the performance of the Solactive High Yield Corporate Bond-Interest Rate Hedged Index–more high yield to appease Axelrod’s appetite for risk. HYIH will invest at least 80% of its total assetsin instruments that comprise the underlying index, such as long positions in U.S. dollar-denominated high yield corporate bonds and shorts in U.S. Treasury notes or bonds of approximate equivalent duration to the high yield bonds.

IGHG seeks investment results that track the performance of the Citi Corporate Investment Grade (Treasury Rate-Hedged) Index, which is comprised of long positions in USD-denominated investment grade corporate bonds issued by both U.S. and foreign domiciled companies. In addition, IGHG uses short positions in U.S. Treasury notes or bonds of, in aggregate equivalent duration to the investment grade bonds.