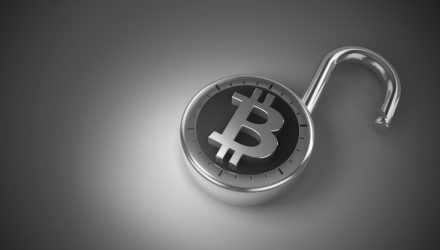 Cryptocurrency has lately been a hot topic that’s dominating the headlines. One of the reasons it’s such a fascinating topic is that people feel it could solve some of the world’s persistent financial issues. Here are five examples of challenges cryptocurrency could fix.

Life makes dire circumstances arise without warning, and that means people often have to figure out how to pay for medical bills, car repairs or housing costs when they don’t have the financial resources on hand to do so. Getting a loan can be tough, especially if people have a poor credit history or erratic income sources.

So, when individuals do at least have credit cards to use, they must still deal with their changed financial circumstances by racking up credit card debt and watching things get even worse due to sky-high interest rates. A company called Celsius wants to use cryptocurrency and the blockchain to assess creditworthiness in ways that are more updated compared to the current criteria lenders use.

Similarly, another cryptocurrency-based network called the Ripio Credit Network already has 140,000 users and aims to give people microloans ranging from $20 to $2,000.

Moreover, if people have credit card debt and want to pay it off with cryptocurrency, that’s an option, too. A company called BlockFi offers crypto-backed loans people can use to pay off high-cost debt from credit cards or student loans.

The issue of credit card debt gets worse when people don’t have access to loans for emergencies. And, as debt grows, people become more burdened by its effects. Cryptocurrency could increase loan access, helping people slash their credit card debt, or never become overly dependent on credit cards in the first place.

When a country’s economy collapses — either due to corrupt leadership or another reason — it typically takes a substantial amount of time for that nation to rebuild itself. Often, a country’s residents distrust government-backed traditional currencies, especially if the past financial issues caused families to lose their life savings or encounter other extreme hardships. That’s the case in Zimbabwe, where some people advocate for introducing a cryptocurrency.

Alternatively, some countries struggle when the U.S. government imposes sanctions that significantly impact the ability to trade with other nations and maintain economic prosperity. It’s no surprise, then, that China and Iran are among the countries investigating cryptocurrencies as a way to fight back against the United States’ extraordinary economic power. Cuba is doing the same.

Plus, sometimes residents don’t distrust their governments, but those in power view cryptocurrencies as a means to stimulate the nation’s economy and help them recover after prolonged slumps.

There’s no single cause for the failures of a country’s economy, but cryptocurrencies could offer a range of assistance that helps nations recover.

3. The Lack of Stability in Traditional Pension Funds

Pension plans are supposed to give people the resources they need to enjoy comfortable retirements after they leave the workforce. Unfortunately, traditional programs have numerous problems. They’re often underfunded, not secure enough and fail to provide adequate security. These issues and others have caused many companies to look for alternatives.

One of them is to offer an employee share ownership plan, which gives employees a stake in a company through a trust fund. Workers also get increasing ownership stakes through seniority, which provides them with an incentive to stay with a company for the long term.

Since workers cannot depend on their companies to offer them traditional pension plans that have the same reliability of those from past generations, they often have to be proactive and look for ways to prepare for their retirement years through unconventional methods. One option is to invest in cryptocurrency as part of an individual retirement plan (IRA).

Bitcoin IRA recently launched the first self-directed cryptocurrency IRA. One of its perks is that it offers $100 million in insurance protection. Additionally, people can choose to diversify their portfolios with 12 digital assets. This option demonstrates cryptocurrency could help people feel more confident about facing their retirement years.

People without bank accounts usually have no choice but to use expensive money transfer services when sending or receiving funds. Besides costing a lot, such offerings are often frustratingly time-consuming.

A recent survey from Clovr polled about 700 people and found more than 85% preferred using cryptocurrency to send money compared to the conventional money transfer services. However, the same survey found the top reservation among both cryptocurrency users and non-users is that they don’t know enough about the technology.

The study’s conclusion shows cryptocurrency could upend the money transfer market, and public education efforts could go a long way in helping that happen. Money transfers are frequently instrumental in helping people in developing countries survive, especially once their family members immigrate and periodically send money.

Charitable organizations rely heavily on donations to continue operating. The collective generosity of people allows those nonprofits to provide aid to the individuals who need it most. However, the Give.org Donor Trust Report found only 19% of respondents said they “highly trust” charities, although 73% agreed it was essential for people to trust charities before giving to them.

The charitable sector has a trust issue to fix. Cryptocurrencies could help. AidCoin is one example that allows people to give donations through cryptocurrency, then track those funds through the blockchain. When people can see exactly how charities use their funds, they might be more willing to contribute to the organizations that need their support.

Cryptocurrency will not be an overnight problem-solver for the issues mentioned here and others like them. However, the examples on this list illustrate why cryptocurrency is worth looking into further as a potential way to make some financial problems less severe.