You are at:Home»Equity ETFs»5 ETFs Hauled in a Lot of Cash in August 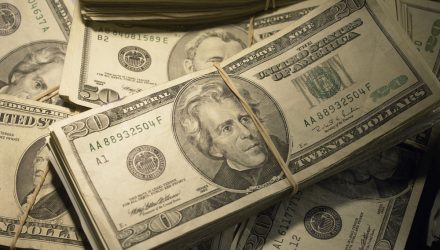 5 ETFs Hauled in a Lot of Cash in August

However, the bulk of those flows went to just a small number of plain vanilla ETFs.

“More than $31 billion flowed into exchange-traded funds over the month, according to FactSet data, bringing total global assets to almost $4.2 trillion. However, while there are nearly 1,800 U.S.-listed ETFs currently trading, nearly all the action is concentrated within a vanishingly small part of the ETF marketplace. To be exact, 51.3% of August’s inflows went to just 10 funds,” reports Ryan Vlastelica for MarketWatch.

“Due to its size and liquidity, many investors use the SPY, as it is known for its ticker symbol, as a way to hedge their portfolios or make short-term bets. As a result, flows into the fund can be quite volatile; even with the August inflows, the SPY has seen outflows of $3.47 billion thus far this year,” according to MarketWatch.