You are at:Home»Equity ETFs»4 International ETFs To Capitalize on Potential Turnaround 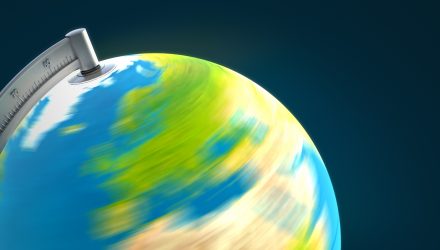 The disconnect between U.S. equities and international stocks is growing wider, but this disparity will not last forever. After the recent underperformance in foreign markets, exchange traded fund investors may find an opportune moment to jump into relatively cheap global equities.

“The recent divergence in the performance of US Equities vs. the rest of the world is unprecedented in history. For instance, if one looks at price momentum – it is positive for US stocks and negative for Europe and Emerging markets across all relevant lookback windows [one month, three months, six months and 12 months]. This has never happened before,” J.P. Morgan quantitative and derivative strategist Marko Kolanovic said in a note, according to CNBC.

Consequently, the J.P. Morgan strategist argued that international stocks will outperform the domestic market for the rest of the year as the relative moves between global markets are so unprecedented that it will not likely persist.

“In other words, something will give – either the US will fall or EM and Europe equities will catch up and move higher,” Kolanovic said.

While Kolanovic acknowledges that things could get worse if the trade war with China worsens, but the strategist believed that the conflict will be resolved, which may fuel a strong rebound in international markets.