You are at:Home»Equity ETFs»4 Factors that Could Light Up Marijuana ETF After Midterm Elections 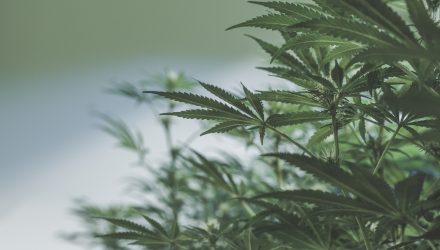 4 Factors that Could Light Up Marijuana ETF After Midterm Elections

The ETFMG Alternative Harvest ETF (NYSEArca: MJ) has been steadily rising ahead of the 2018 Midterm Elections and with voters heading to the polls Tuesday, MJ could light up as part of a post-election rally.

In fact, some analysts are viewing today’s election as the final Jenga piece for marijuana legislation that could topple states into conformity, particularly those that haven’t yet adopted cannabis laws in some form or fashion.

“We believe his year’s midterms will reinforce the notion that cannabis in the U.S. has (passed) the tipping point on its way to eventual full legal status,” said Canaccord analyst Bobby Burleson in a research note.

A rally from MJ following the elections could come from a confluence of events that will benefit investors in the near-term and possibly beyond that.

October 2018 has been one to forget for U.S. equities as sell-offs, particularly in the technology sector, fueled declines in the Nasdaq Composite, which fell by 9.2%, making it its second largest decline since it fell 10.8% back in November 2008. Things weren’t much better for the S&P 500, which followed the Nasdaq into correction territory and fell by 7% in October–its worst month since September 2011.

The Dow Jones Industrial Average fell 1,300 points or 5%, which hasn’t happened since January 2016. Investors were rocked by copious amounts of volatility after a decade-long bull run that has seen the growth fueled by FANG (Facebook, Amazon Netflix, Google) stocks dwindle as the technology sector fell into correction territory.

MJ wasn’t completely immune to the volatility in October, but it was able to stave off deep declines like those experienced in the technology sector. However, after all that volatility, there appears to be the proverbial light at the end of the tunnel.

“18 out of 18 times the S&P was higher from the October low close–up just over 10% on average,” said LPL Financial’s Ryan Detrick on CNBC. “So it doesn’t mean you have to gain 10%, but the bottom line is that October 29th low, especially with the strength in the last couple of days really could be a major low and seasonality again, November-December of a midterm year, normally are strong.”

In total, nine states have legalized recreational marijuana in addition to 30 states that have some form of cannabis-related legislation with regard to medical purposes. On Tuesday, voters can increase that list to four more states with some type of marijuana-related legislation—in particular, Michigan, Missouri, North Dakota, and Utah.

Of course, the more states that successfully push marijuana legislation through, the more MJ benefits.

A More Democratic House of Representatives

Political analysts posit that the House will eventually go to the Democrats, which would offer the least path of resistance for further marijuana-related legislation. In particular, it could mean a clearer path for the SAFE Act and STATES Act.