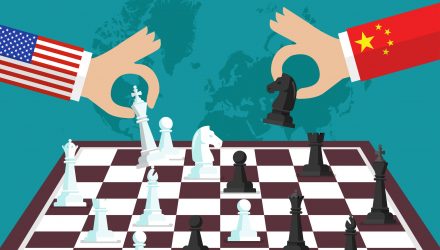 Investors’ eyes around the globe will be transfixed on the G-20 Summit meeting in Buenos Aires, particularly on Saturday when U.S. President Donald Trump and China president Xi Jinping will be meeting to discuss the trade war between the two economic superpowers, but what can be expected once the dinner plates are cleared?

The tit-for-tat tariff wars have resulted in the U.S. imposing duties on $250 billion worth of Chinese goods with China retaliating with their own tariffs on $110 billion of American imports–costly ramifications for both nations, but the pain hasn’t been relegated to just those two. The trade wars have been causing a negative ripple effect on other international markets, particularly emerging markets, which have been on a downward spiral.

Needless to say, the world will be watching in some form or fashion, but experts are positing that the byproduct of the Trump-Xi meeting could come in various forms.

Prior to his departure to the G-20 Summit on Thursday, President Trump spoke with reporters at the White House where he was tepid about a possible trade deal.

Trump’s reticence to confirm that a substantial agreement is in place, if there is any at all, could be a signal to the capital markets to not expect anything substantial. Not leaving the G-20 Summit with a deal in place could also continue to pressure China if President Trump scoffs at the details of a proposed agreement.

“Trump may want to keep the threatened increase as a way to further pressure China into a deal,” analysts from Geneva-based Pictet Wealth Management wrote in a report last week.

An agreement to a ceasefire with respect to tariffs would be positive for the capital markets, as any news regarding further tariffs between the U.S. and China have roiled the major indexes in the U.S. and abroad. This would also leave the door open for further high-level negotiations between the Trump and Jinping should nothing substantial materialize from the G-20 Summit meeting.