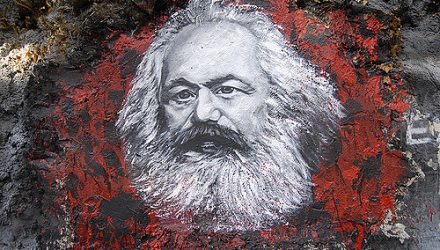 Ideas from the past manifest themselves the present in new forms. Karl Marx’s ideas have taken root in the land of financial independence. Whether you are a Marxist or not, here are 3 key, undeniable insights from his theory for success in personal finance.

Do you know what I’ve never done? And will likely never do? Do you know what almost everybody in my office occasionally pursues, but leaves me standing on the sidelines?

I’ve never done it, never will, and never want to.

I know what you’re now expecting. A finger-wagging admonishment against the financial evils of playing the lottery. You’re expecting me to sit you down and have a stern actuarial discussion around the vanishingly small probability of winning, or the observation that along with your Starbucks habit the lottery is blowing up your frugal spending budget and killing your chances of early retirement. BORING! There’s nothing worse than an actuary lecturing you about probability.

So here at Actuary Towers we like to do things differently, and we’re going to be looking at personal finance through the lens of Karl Marx and his dialectical materialism. Ooooh! Big words; so buckle up guys this is gonna be a riot!

Now let me now tell you something about my lottery views that you did not expect. If the prize were a lot smaller then I would play.

Huh? Wha..? What? Yes, you heard me, if the prize was a few hundred dollars, or a few thousand then I would play. But not when the prize is a life changing amount of money. I think I need to explain where this is heading…

I like gambling; I don’t particularly seek it out, but I’m happy to bet a modest amount, and enjoy the thrill as much as the next person. So I have no ethical or financial objection to gambling. However my objections really stem from a view of the world popularized by Karl Marx. These insights have helped to shape how I think about personal finance.

Gimmee the lowdown on Marx

Marx lived a large proportion of his life in London during the late 19th century. There he saw enormous social and economic injustice and that helped form his theory of a society always in tension between the workers (proletariat) and the bosses (bourgeoisie).

The workers own nothing other than their ability to do a day’s work, and they have to sell their labor to the bosses to survive. The bosses own all the capital in the economy such as factory machinery and the subsequent profits earned from the workers. Marx observed that this was a repeating pattern throughout history; from a society built around slaves, to one built around feudalism to finally, capitalist society that we live in now.

“The history of all hitherto existing society is the history of class struggles.” Karl Marx, The Communist Manifesto

Marx believed that this conflict between the bosses and workers would continue until the workers “awoke” and revolted. However, the bosses weren’t going to relinquish their power easily and Marx identified a number of cultural barriers that the bosses had set up. Wikipedia sums it up best:

“The ruling class who manipulate the culture of that society—the beliefs, explanations, perceptions, values, and mores—so that their imposed, ruling-class worldview becomes the accepted cultural norm; the universally valid dominant ideology, which justifies the social, political, and economic status quo as natural and inevitable, perpetual and beneficial for everyone”

Using the media, government, and churches as their prime weapons, the ruling class would reinforce the status quo as the norm.

I’m not sure that lotteries were around in Marx’s time, but surely he would have identified them as a tool used by the ruling classes to subjugate the workers. A chance of untold riches? A promise of escape from the drudgery of everyday work? It’s a reinforcement of the idea that you are not in control of your life and can do nothing to plot your own escape, other than buy a lottery ticket. If you want to draw admiring looks from the cool kids in coffee shops, then talk loudly about Marxist cultural hegemony. That’s what this is all about.

And… that’s why I don’t play the lottery. I feel like I am supporting the cultural narrative of enforced helplessness, and that change can only be granted to me by a very lucky chance. But if it was a harmless amount of money that wasn’t able to change lives, then I would consider it.

What has this to do with personal finance? 3 Key Insights from Karl Marx

The typical narrative in the financial independence community generally follows these lines:

Yes! These are all classical Marxist views brought bang upto-date. The cultural hegemony of the capital owners conspires to keep us indebted and over-consuming.

Don’t you see – Financial Independence enthusiasts have borrowed straight from the Marxist playbook!

Has the light bulb gone off yet?