You are at:Home»Equity ETFs»3 Italy ETFs to Bank on Improving Stocks 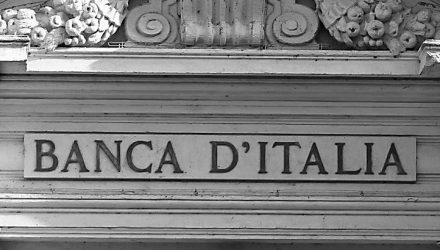 The iShares MSCI Italy Capped ETF (NYSEArca: EWI) is up nearly 16% year-to-date, good for one of the best performances among Europe single-country exchange traded funds. However, concerns linger about the effort to reform the flailing banking systems in the Eurozone’s third-largest economy.

Those concerns increased after the European Central Bank (ECB) earlier this month allowed Spain’s Banco Popular to be sold for essentially nothing, calling into question the recapitalization effort of Italy’s Banca Monte dei Paschi di Siena and plans to shape other Italian banks.

Italian banking stocks have also been improving since the December 5 low after former Prime Minister Matteo Renzi announced he would resign following the referendum defeat on December 4, which also fueled heavy short covering and further bolstered prices. EWI, the largest Italy ETF, allocates a third of its weight to financial services stocks.

“Banca Popolare di Vicenza and Veneto Banca are in talks with the Italian and European authorities regarding precautionary recapitalisations, and Italy’s finance minister said last week he expects a solution for the banks that does not include losses for senior creditors,” according to a note from Fitch Ratings. “The Italian authorities are particularly reluctant for senior debt to be bailed in, as many retail investors hold senior debt, and losses for them could hit financial stability. Senior bondholders would be vulnerable to losses if the banks were put into resolution, given their thin junior debt buffers.”

Italy, the third-largest economy in the Eurozone behind Germany and France, could hold national elections later this year.