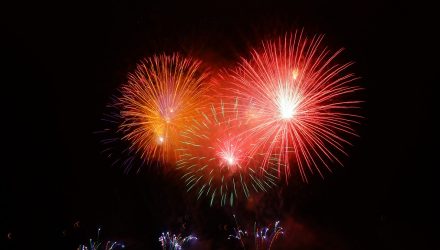 It may have suffered from contango in the futures market – later dated contracts cost more than near term contracts, so a futures-backed ETF that rolls contracts upon maturity would sell low and buy high on every contract.

The second worst performing ETF of the year is the PowerShares S&P Smallcap Energy Portfolio (PSCE), which is down 31.4 percent YTD.

Energy and crude oil have been among worst performing areas of the U.S. market due to ongoing global supply glut.

Low crude prices dragged on the energy sector, especially small-caps and services sectors, as they are heavily involved in U.S. shale oil production. The nascent, small shale oil industry, which has higher production costs, has been the worst hit when oil prices plunged.

Finally, the third worst performing ETF of 2017 is the SPDR S&P Oil & Gas Equipment & Services ETF (XES), which is down 26.6 percent year-to-date.

Energy and crude oil have been underperforming in ongoing global supply glut. OPEC, though, has taken steps to curb production, stabilizing crude prices.

While the energy sector has been the worst performing area, the more stable oil prices could support a rebound in the segment, leaving a potential cheap value sector play.