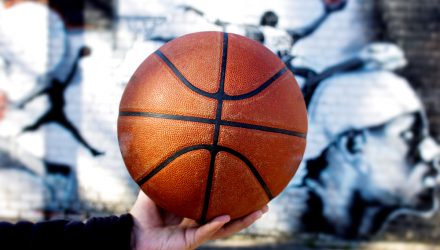 Beyond Market Cap: Looking For the Lebron James of ETFs

The one consistent investment theme in the past decade, during both up and down years, is that beating a widely followed U.S. equity markets benchmark with active management is really hard.

The last time the average actively managed large-cap mutual fund outperformed the S&P 500 Index was 2009; the average active small-cap fund outgained the S&P SmallCap 600 Index in only three of the last ten calendar years. Such performance struggles explain why index-based investing, and in particular equity ETFs, has become so popular in recent years.

Last week my colleague recapped the latest index versus active SPIVA scorecard from S&P Dow Jones Indices that showed the S&P 500 Index outperformed 85% of U.S. large-cap active mutual funds in 2021. Yet, last year’s performance struggles were not an anomaly. For 12 consecutive years, fewer than 50% of large cap active funds beat the most widely recognized U.S. index, and investors have responded by taking out some of their money.

In 2020 and 2021, investors redeemed a combined $404 billion from large-cap mutual funds, according to the Investment Company Institute, with much of that money shifting to equity ETFs.  Vanguard S&P 500 ETF (VOO) and iShares Core S&P 500 ETF (IVV) have been among the largest beneficiaries by providing the opportunity to replicate, instead seek to outperform, the benchmark.

Since SPIVA comes from an index provider, the focus is on the unsuccessful funds. But many advisors still want to, or their clients want to, outperform. So, let’s put the SPIVA data in perspective by inverting the figures and focusing on how often funds beat a benchmark.

In 2021, 15% of large-cap active mutual funds outperformed the S&P 500, but 32% did so over the latest three-year period, and 26% succeeded when looking over five years. While this still might be discouraging to some, focusing on the sports world can put things in perspective.

Lebron James, objectively one of the best basketball players in NBA history, has hit 35% of his three-point shots during his 19-year career. Meanwhile, Bryce Harper, perennially one of the best players in baseball, has gotten a base hit 28% of the time, striking out from time to time. Both James and Harper provided value to their team in additional ways, despite failing to achieve success more than half the time. Yet their teams won because they were not alone.

Increasingly advisors are using a market-cap weighted index ETF as a key core of their portfolio but tilting it for reward potential based on macroeconomic and other factors or the end client’s risk tolerance. In 2021, 62% of active large-cap value funds outperformed the S&P 500 Value Index. This is partially the result of active managers having more growth-at-a-reasonable price orientation, resulting in a more core portfolio than the value benchmark.

iShares MSCI USA Value Factor ETF (VLUE) is an excellent example of an index-based value ETF that exhibits some core traits based on its relative value approach. The fund’s largest exposure was to the Information Technology sector (29% of assets), with companies such as Cisco Systems (CSCO) and Intel (INTC) among top positions.

Meanwhile, Invesco S&P 500 Low Volatility ETF (SPLV) can be paired with IVV, VOO, or cap-weighted peers to limit the downside but avoid much of the broader benchmark and own more defensive consumer staples and utilities stocks like Coca-Cola (KO) and Southern Company (SO).

S&P Dow Jones also revealed that while 29% of small-cap funds outperformed the S&P SmallCap 600 Index in 2021. Yet, a stronger 48% and 37% did so over the five-year period, suggesting investors might want to consider active management for areas outside of U.S. large-caps if they have intermediate time horizons. With active management, advisors should be particularly mindful of a fund’s expense ratio as high fees typically eat into the relative returns for actively managed funds. Avantis U.S. Small Cap Value ETF (AVUV) and Dimensional U.S. Small Cap ETF (DFAS) are examples of actively managed, low-cost ETFs available, charging 0.25% and 0.28%, respectively.

Data from the SPIVA Scorecard should support advisors that have shifted or are considering shifting their business away from active mutual funds. But rather than just sticking to cheap, market-cap weighted ETF products, there are many additional tools at their disposal.