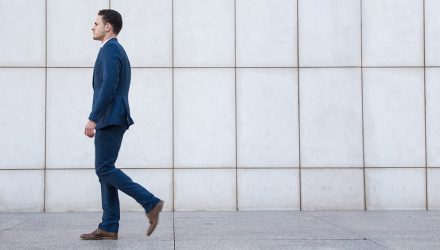 2021 was being billed as the year of “the Great Reopening.”

International markets like Japan, which skew more toward value shares than the U.S., were especially boosted by the positive vaccine news.

The yen—a traditional risk-off currency—depreciated more than 6% versus the dollar, weighing on the unhedged MSCI Japan Index return. The WisdomTree Japan Hedged Equity Index (WTIDJH)—which aims to neutralize the fluctuation of the yen—outpaced the S&P 500 by more than 1,000 basis points through the end of Q1.

The U.S. has not been immune to these headwinds, but it has been better positioned on many fronts.

Countries like Japan—a trade-dependent economy that started off with a slow vaccination rollout—have been more challenged, forcing them to play catch-up to the U.S. recovery.

Throughout the spring and summer, large parts of the country were repeatedly thrown into lockdowns to contain the spread of COVID-19. More recently, the Omicron variant has led Japan to close its borders to foreigners, at least for the next month.

Over the past few months, Japan has turned a corner on its vaccination campaign. After starting off as a global laggard, Japan now leads many developed countries on the percentage of its population fully vaccinated. This success should help it avoid the severe lockdowns endured earlier this year.

Another positive development for the country’s recovery from the pandemic was the Liberal Democratic Party (LDP) securing 261 out of 465 seats in the Lower House election held on October 31.

The new prime minister—Fumio Kishida—earned a referendum to implement a generous fiscal policy package. In the days following the election, the TOPIX jumped more than 2%.

A bigger-than-expected drop in 3Q GDP has further solidified the case for additional stimulus measures.

On November 19th, Japan unveiled a record $490 billion spending package to cushion the economic blow of the pandemic.

A Value Market in an Elevated Valuation World

Over the past several years, the weight of the U.S. in the MSCI ACWI Index has increased significantly. At the start of 2015, the U.S. accounted for roughly 50% of the Index’s weight. The U.S. now accounts for nearly 60%.

Meanwhile, Japan’s weight has shrunk from about 8% to 6%.

The average U.S. asset allocator—many of which have a “home country bias”—has well over half of its weight in a market that is increasingly more expensive relative to the rest of the world.

MSCI Japan is nearly at its biggest valuation discount relative to the U.S. since 2000.

An important consideration for allocating to Japan is the currency-hedge decision.

The Federal Reserve has begun the process of normalizing monetary policy with its announced tapering of bond purchases.

This normalization process has led the policy-sensitive 2-Year Treasury note yield to increase from 0.12% at the start of 2021 to a recent high of more than 0.60%. The equivalent maturity Japanese government bond (JGB) is essentially unchanged from the start of the year.

With this widening gap in interest rates between the U.S. and Japan, the dollar has increased by more than 9% relative to the yen year-to-date.

For unhedged investors in Japanese equities, that has meant a 9% headwind to returns.

For investors considering a Japan allocation, WisdomTree’s Japan Hedged Equity Fund (DXJ) allocates towards a value/cyclically oriented basket of equities while at the same time  hedging against exposure to fluctuations of the Japanese yen relative to the U.S. dollar.

Rolling lockdowns and global supply chain setbacks have been a headwind to Japan’s recovery thus far. With full-scale lockdowns seemingly a thing of the past (pending what we learn from Omicron), supply chains set to normalize in the year(s) to come and the anticipation of new fiscal stimulus pumping its way through the economy, we believe Japan offers a compelling investment opportunity in an environment of elevated valuations globally.

Originally published by WisdomTree on December 2, 2021.

There are risks associated with investing, including possible loss of principal. Foreign investing involves special risks, such as risk of loss from currency fluctuation or political or economic uncertainty. The Fund focuses its investments in Japan, and investments focused in Japan may be significantly impacted by events and developments associated with the region, which can adversely affect performance. Investments in currency involve additional special risks, such as credit risk, interest rate fluctuations and derivative investments, which can be volatile and may be less liquid than other securities, and more sensitive to the effect of varied economic conditions. As this Fund can have a high concentration in some issuers, the Fund can be adversely impacted by changes affecting those issuers. Due to the investment strategy of this Fund, it may make higher capital gain distributions than other ETFs. Dividends are not guaranteed, and a company currently paying dividends may cease paying dividends at any time. Please read the Fund’s prospectus for specific details regarding the Fund’s risk profile.

Hedging Risk – Derivatives used by the Fund to offset its exposure to foreign currencies may not perform as intended. There can be no assurance that the Fund’s hedging transactions will be effective.