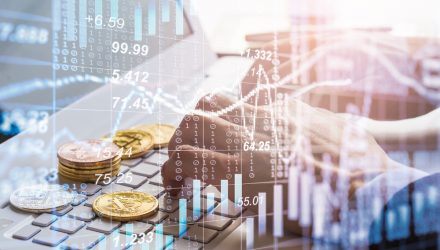 U.S. Bank, the fifth-largest retail bank in America, announced on Tuesday that it was opening cryptocurrency custody services to fund managers, CNBC reported.

The custody service will allow investment managers to store private keys for Bitcoin, Bitcoin cash, and Litecoin via its sub-custodian NYDIG. The bank hopes to integrate other coins, including Ethereum, later on. U.S. Bank’s service is exclusively for institutional managers with private funds.

U.S. Bank is one of many major banks dipping its toes into crypto. Bank of New York Mellon, State Street, and Northern Trust all have plans to provide custody services for digital assets.

According to a CNBC interview with U.S. Bank’s vice chair of wealth management and investment services division, Gunjan Kedia, big investors are “getting very serious about the potential of cryptocurrency as a diversified asset class.”

After the Office of the Comptroller of the Currency released a paper last year saying that banks could provide custody for crypto assets, Kedia surveyed clients to determine investor interest in crypto and found enthusiastic support for crypto products across the board.

While some investors already hold bitcoin independently, either through personal wallets or via trusts like the Grayscale Bitcoin Trust, some investors are waiting for custody services from banks they are familiar with to get involved.

Kedia said that many funds are excited by the idea of a Bitcoin ETF specifically, saying, “some literally want custody contracts signed the day the SEC approves an ETF.”

The SEC currently has over 20 digital asset ETF proposals under review but has yet to make a decision on any of the products. SEC Chair Gary Gesnler has repeatedly indicated his support for products tied specifically to Bitcoin futures.