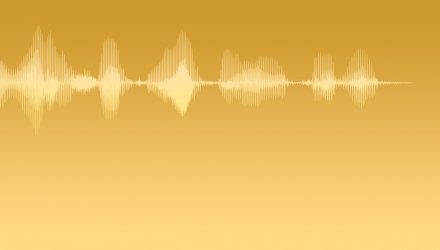 On the latest Sprott Gold Talk Radio, host Ed Coyne had Sprott Market strategist Paul Wong on for a fall precious metal update. Wong has more than 30 years of industry experience and had a background as a geologist prior to entering the precious metal space on the financial side.

Wong and Coyne discussed gold’s wild (though flat) ride over the year. Pointing to gold’s strength through May, Wong said, “We had had a gold rally up to that point. It was based on the high inflation numbers that were being printed, really high, higher than expected. Inflation expectations were absolutely through the roof, surprise-wise. And then the FOMC came, and then we basically had a movement of dot plots, which the market quickly interpreted as the tapering was going to come sooner than expected. And so we had a huge sell-off in gold after that. Basically, gold was oversold, and then it started to rally. Then we had the flash crash in August, and then gold recovered after that.”

In Wong’s most recent report, he had outlined the tapering situation and its impact on gold. Wong notes that the 2013 Taper Tantrum was initiated by the Fed. The current fear isn’t coming from the Fed, but from bond markets. “The days of the bond vigilantes are long gone. With quantitative easing, the Fed is printing $120 billion a month. It doesn’t matter what the bond market really says in the medium to long term. Short term, yes, they can have an influence. That’s about it.” Wong goes on to point out that real rates are the primary drivers of gold.

Mining on the Mind

As investors try to make sense of the current state of precious metals, untangling the difference between the mining space and the physical investment space can be interesting. Wong says, “It’s almost a battle of opposites. The mining companies themselves are more capital-disciplined than they’ve ever been at any point in time that I’ve ever seen… But you’re also seeing a lack of interest in the gold mining equities. It’s not selling; it’s not buying. The reason behind all that is the continuing growth in passive investing in the broad market; it’s hurting virtually almost all sector-specific funds.” Wong goes on to note that since January 2016’s gold equity lows, gold equities have performed in line with the S&P 500 Index.

Wong points out that there is an old adage that as the markets go up on an escalator, gold comes down, and vice versa. Often, gold can seem to be going nowhere at all and then suddenly gap up 30%. This is all due to its nature as a safe haven asset.

“Market structures have changed dramatically over the last several years, and it’s accelerating. You’ll see more of an escalator-elevator type action than you’re comfortable with. Gold is literally the opposite. And that’s why gold in a multi-asset portfolio provides diversification. And diversification, in our sense, is downside protection. When gold runs up, it gives you more firepower at the end of the day to be more invested. It provides staying power.”