You are at:Home»Featured»Luxury Sales Turned in a Unusually Strong First Half to the Year. Can the Good Times Last? 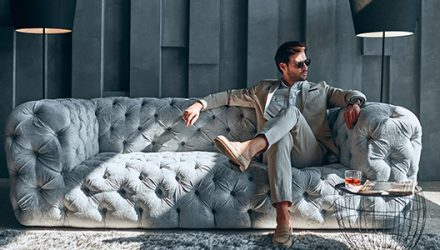 Luxury Sales Turned in a Unusually Strong First Half to the Year. Can the Good Times Last?

This month, Louis Vuitton turns 200 years old. That’s Louis Vuitton the man, not the company. Born in Jura, France in 1821, the designer opened his first shop in 1854 primarily as a maker of custom travel trunks.

Today, Louis Vuitton the company, also known as LV, is the most valuable luxury brand in the world­­­­ according to the Kantar Group. Using a proprietary methodology that includes not just corporate financial data but also consumer research, the London-based data analytics firm valued the LV brand at $75 billion as of 2020. That’s almost $30 billion more than the second-place luxury brand, Chanel, which was valued at $47 billion.

LV is now owned by LVMH Moet Hennessey Louis Vuitton, the biggest European company by market cap. The super luxury conglomerate controls around 75 brands, including Christian Dior, TAG Heuer and Bulgari, on top of LV. Its most recent acquisition, of American jewelry retailer Tiffany, was completed in January of this year.

The reason I’m bringing this up is because it’s been a very good year so far for LV, and LVMH more broadly.

The Paris-based conglomerate just posted record revenue in the first half of the year, generating a very noteworthy 28.7 billion euros ($34.0 billion). That comes out to a hefty 56% increase from the same six months in pandemic-impacted 2020 and a respectable 14% increase from 2019.

The business group that saw the largest sales growth was fashion and leather goods, of which LV is a member. (LVMH notes that demand for LV products is so high right now, consumers often must get on a waiting list.) The group generated record revenues of 13.8 billion euros ($16.4 billion) in the first six months, up 81% from 2020 and 38% from 2019. Profits for fashion and leather goods were 5.6 billion euros ($6.7 billion), also a new record high for LVMH.

You get the point. Sales have been exceptionally strong since the start of the pandemic as economies have reopened. Consumers appear to be spending the money they saved up during the months in lock-down.

The big question investors might have is whether the good times can last. Was the first half of 2021 a one-off, or have we reached a turning point?

I happen to be bullish for a number of reasons, one of the biggest being that consumers’ purchasing power has continued to expand with the rising number of high-net worth individuals (HNWIs).

Millionaires Now Make Up 1% of the Global Population

A HNWI is understood to be someone with a net worth over $1 million, and due to a strong stock market and near-zero interest rates, the pandemic did not slow down capital creation for many in 2020. For the first time ever, more than 1% of the global population can now be considered dollar millionaires, with the top 10 economies minting 5.2 million new millionaires last year alone, according to Credit Suisse. This brought the global total of adults with more than $1 million to 56.1 million, the most in history.

It’s not just the top 1% who have expanded their purchasing power, though. Adjusted for inflation, U.S. real disposable personal income in 2019 averaged $14,882, the highest on record up to that point. Disposable income is what someone has to spend after income taxes have been deducted. The figure shot up again in 2020 to $15,770, but the increase was likely a result of stimulus checks hitting Americans’ bank accounts. Quarantining families pocketed the savings of not going out to eat and spending on entertainment.

Households also appear to be more eager to splurge than at any other time since the pandemic began early last year. July’s Consumer Confidence Index (CCI), which measures how optimistic U.S. consumers are about their personal finances, rose to 129.1, the highest reading since February 2020.

I believe this is all very constructive for luxury sales going forward. Favorable economic and financial circumstances could make shares of these companies attractive to investors seeking exposure to the growth in HNWIs.

As I see it, investors who are interested in luxury names have two options.
They can put in the time conducting research on multiple companies, pouring over financials, following price charts and more.

Or they can keep things simple and invest in the Global Luxury Goods Fund (USLUX), the only fund in North America that provides access to luxury companies around the world. That includes not just LVMH but also Hermes, Kering, Prada, Burberry and more. The fund also invests in luxury vehicle manufacturers such as BMW and Ferrari, and it maintains exposure to precious metal miners that produce the materials needed to manufacture high-end jewelry.

USLUX came on to the market in July 2020 after changing its name and investment strategy. I’ve been very thrilled to see how well the fund has done in the year since. As of June 30, 2021, USLUX was up more than 56% for the 12-month period, compared to its benchmark, the S&P Composite 1500 Index, which was up 42%.

Originally published by US Funds, 8/5/21

Past performance does not guarantee future results.

Mutual fund investing involves risk. Principal loss is possible. Companies in the consumer discretionary sector are subject to risks associated with fluctuations in the performance of domestic and international economies, interest rate changes, increased competition and consumer confidence. The performance of such companies may also be affected by factors relating to levels of disposable household income, reduced consumer spending, changing demographics and consumer tastes, among others.

The Consumer Confidence Index (CCI) is a survey, administered by The Conference Board, that measures how optimistic or pessimistic consumers are regarding their expected financial situation. The S&P Composite 1500 combines three leading indices, the S&P 500, the S&P MidCap 400 and the S&P SmallCap 600, to cover approximately 90% of U.S. market capitalization. It is designed for investors seeking to replicate the performance of the U.S. equity market or benchmark against a representative universe of tradable stocks.