You are at:Home»Gold & Silver Investing Channel»How Uranium Can Help Electrify the World 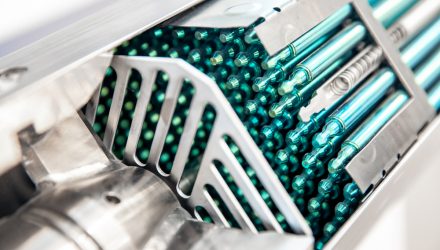 How Uranium Can Help Electrify the World

With the recent launch of the Sprott Physical Uranium Trust (TSX: U.UN), Ed Coyne sat down with WMC Energy’s Per Jander and Sprott Asset Management CEO John Ciampaglia to discuss the new trust on the latest episode of Sprott Talk Radio.

In the interview, Ciampaglia explained that the new fund will hold the equivalent of about 19 million pounds of U3O8, or uranium oxide, commonly referred to as yellowcake.

“I’m sure that sounds like a mind-boggling number, as it did to me when I first learned about this,” he added. “To put this amount of uranium into context, a country like France, for example, generates about 70% of all of its electricity from nuclear power. That amount of uranium [19 million pounds] would fuel those reactors for about nine months. It’s a tremendous amount of material that has an incredible amount of energy density that it can produce.”

While Sprott is managing the Trust, WMC Energy will provide the technical expertise and scientific know-how to safely navigate uranium.

“It’s an amazing technology with a big potential to make an impact,” said Jander.

Electricity Demand on the Rise

He went on to point out that electricity use has been doubling since 2000, and is expected to double again by 2040.

“The world will need electricity regardless of where you go, and especially now, there’s a lot of talk of decarbonization. Setting very aggressive targets means eliminating fossil fuels,” he explained.

Both Sprott and WMC see an opportunity for uranium to emerge from its long bear market, as the world begins to pivot toward environmentally sustainable source of energy. Nuclear power offers tremendous energy output and relatively low emissions.

“One little fingertip of a fuel pellet is the same amount of energy content as three barrels of oil or one ton of coal,” said Jander.

He also pointed out that uranium fuel pellets are incredibly dense, meaning transportation is easier and less of a burden on the grid. What’s more, nuclear power can continuously generate power, unlike other forms of clean energy, such as solar, which can’t generate power at night, and wind, which is dependent on weather.

Jander acknowledges that nuclear power has gotten a bad rep, but believes that more nuanced discussion about the material will lead to greater understanding.

“Much of the stigma around nuclear energy comes from the Cold War days,” he said, adding that many people still mistakenly believe that nuclear energy and nuclear weapons are connected. “There is no connection. Civilian nuclear energy is completely different from the military aspect of things.”

Time for a Bull Market in Uranium?

Coyne points out the uranium has had some significant run-ups to breaking out of its bear market, only to see the momentum evaporate. For example, the 2008 collapse snuffed a nascent uranium bull market, and then the Fukushima disaster in 2011 scared investors off. But Jander and Ciampaglia think the conditions are right this time around.

“The difference this time is that you are seeing actual new policies coming into place in various parts of the world that have the political support that simply wasn’t there before,” said Coyne. “We’re seeing it in Europe with the taxonomy nuclear energy is going to be included in that, which could be a huge boost for investments in Europe. You’re seeing the new Biden administration in the United States considering cutting emissions by quite significant amounts in order to achieve fossil-free power generation by 2035. Nuclear energy has to be a part of these goals.”