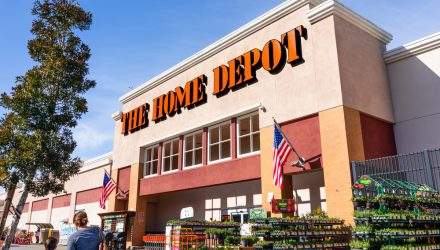 As companies across industries strive to reduce their carbon emissions, some firms have taken to releasing their internal ESG reviews in a bid for transparency. One such company is The Home Depot, which released its annual ESG report today, revealing several unexpected wins and new goals.

The Home Depot (HD)  is the world’s largest home improvement company. In the latest report, Home Depot announced that it had reduced Scope 1 and Scope 2 carbon emissions by more than 127,000 metric tons, amounting to a 22% reduction in carbon intensity.

In that same time frame, the business still grew an additional 20%, proving that a company could both lower carbon footprint and maintain robust growth.

The Home Depot has also announced that it planned to convert all of its facilities to 100% renewable electricity by 2030. Also, the company has joined the Science Based Targets Initiative, which seeks to reduce global emissions, as well.

“Our commitment to reducing our impact on the planet, taking care of our people, and building strong, sustainable communities is foundational to who we are,” said Craig Menear, chairman and CEO of The Home Depot in a press release.

“More than 40 years ago, our founders gave us eight core values that continue to guide our business today. The progress we made in 2020 demonstrates the commitment of our associates and suppliers to these values, as they prioritized taking care of our associates, customers and communities, as well as the environment, while navigating a year unlike any other,” Menear said.

As companies worldwide make strides toward reducing their carbon footprints, the firms that have already begun to implement better emissions practices may have a leg up on the competition.

The fund tracks the MSCI ACWI Low Carbon Index. It is an index that re-weights securities in the MSCI All-Country World Index (ACWI) to favor lower carbon emissions, as well as those companies with smaller or no fossil fuel reserves.