You are at:Home»Crypto Channel»Tesla Did Not Buy Or Sell Bitcoin in Q2 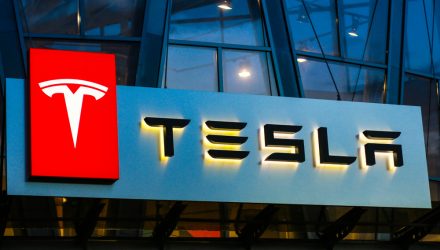 Tesla Did Not Buy Or Sell Bitcoin in Q2

According to Tesla’s Q2 earnings presentation earlier this week, the company, which currently holds $1.3 billion in bitcoin, has not bought or sold any digital assets this quarter.

Tesla (TSLA) initially purchased $1.5 billion in bitcoin back in February, selling off 10% during Q1. Tesla CEO Elon Musk said the sale was to prove that bitcoin could be easily liquidated without impacting the market.

Initially, Musk was a major supporter of the cryptocurrency, and Tesla began accepting bitcoin payments in March.

However the entrepreneur announced in May that the company would stop accepting crypto payments, citing environmental concerns due to the massive energy consumption associated with bitcoin’s mining process.

According to the recent earnings report Tesla had a $23 million impairment related to its bitcoin holdings in Q2.

This is because Tesla classes bitcoin as an inventory asset, according to a 10-K filed with the SEC. The 10-K states that digital assets are treated as “indefinite-lived intangible assets” meaning that their value is recorded at their lowest price during the quarter.

Musk recently said at a Bitcoin event titled “The B Word” that he “would like to see bitcoin succeed.” He also said that Tesla may begin accepting bitcoin payments again soon.

Read: Wood, Musk & Dorsey Break Down The State Of Bitcoin

He also noted that he personally owns bitcoin, as well as ethereum and dogecoin, while his companies Tesla and SpaceX currently only hold bitcoin.

ETFs That Own Tesla

Tesla appears in the top 15 holdings of 143 ETFs, including several that investors might not associate with cryptocurrency or digital assets.

The ETF with the highest percentage holding is the Simplify Volt RoboCar Disruption and Tech ETF (VCAR), with a weighting of 15.49% in the stock.

However, the ETF with the next highest weight in Tesla is the iShares U.S. Consumer Staples ETF (IYK), with 15.22% of its portfolio in the company.

The Consumer Discretionary Select Sector SPDR Fund (XLY) also has a significant weight in Tesla of 12.59%.

The 10 ETFs with the highest weighting in Tesla are displayed in the table below: