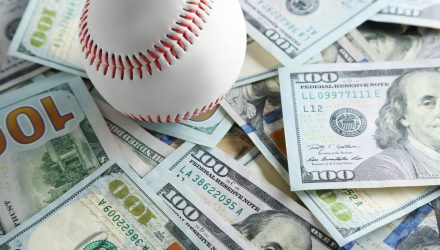 The prospect of higher interest rates has many investors concerned.  It should. Since at least the Global Financial Crisis, rates have been kept artificially low by Central Banks worldwide. This was initially done to save the economy and spark interest in equities in a time of crisis. Economies worldwide were on the verge of collapse and, as an expedient plan, most would agree that it worked well.

As time went on, however, these low rates became the “new normal.” The only deviation was the so-called “Taper Tantrum” of 2013, wherein the Federal Reserve attempted rate hikes before almost immediately abandoning them. The market swooned and for years it served as an unofficial caution against any changes.  The Fed was effectively juicing the economy like so many late-90s baseball sluggers.

Now, however, in the wake of the pandemic and the stimulus that followed, central banks may be contending with a new consequence of these actions: inflation. If inflation takes hold, it could risk undoing all their efforts to keep economies healthy. And therein lies the conundrum. One of the main weapons to ward off inflation is interest rates.

Yet, as the aforementioned “Taper Tantrum” warns, the threat of rising rates also carries its own risks. So the central banks are put in the position of riding this very delicate edge. They need to ward off inflation without spooking the market—a guesstimate of investor’s appetite for risk, essentially. Like a card counter at a Vegas blackjack table or a pitcher eyeing up a likely base stealer, the Fed needs to judge the various risks accordingly. And then, only increasing the chances of miscalculation, investors then need to judge the risks of the Fed’s ability to judge the risks.

Neither Correlation nor Causation

This then begs the question: what is the outlook for the market if rates move substantially higher than the historically low rates we have today?  What happens when the world grows tired of artificial stimulus and the juice runs out?

Let’s first cover the basics about interest rates and why they matter. Generally, bond prices are negatively related to interest rates.  As interest rates go up, a bond with a fixed rate becomes less attractive compared to those with the new, higher, rate and the price therefore drops. We all know this. And secondly, stock prices are typically inversely related to interest rates, too.  This is because, ultimately, stocks and bonds are valued in the same way – by projecting future cash flows and discounting them to account for the time value of money.  The word discounting is important here.  The way financial analysts discount future cash flows is by reducing their value based on where interest rates stand.  Thus, if rates rise, the financial analysts must do more discounting and the value of the stock drops accordingly.

What are the implications? Well, holding all else equal, if rates go up equities should become less desirable to investors on the traditional risk-reward spectrum. In the real world, though, rife with irrational exuberance and flawed investment heuristics, all else cannot be held equal. This is particularly true in context of the Fed’s challenging responsibilities. There are many potential missteps, head fakes or unintended signals inherent. The logical first step, then, is to look at the data historically.

Consider the five largest drops in the Ten-Year Treasury Yield since 2002 and the performance of the S&P 500 during those periods:

As anticipated, the push-pull is never as neat or orderly as expected. If focusing strictly on the data, the link between rates and prices is distorted at the very least, if not utterly uncorrelated. In fact, it appears safe to conclude that there must have been some other variables influencing returns.  This is undoubtedly true.  Before and during the financial crisis, for example, the market performed poorly, all while the Fed tried desperately to fend off a collapse.

And from such experiences we can speculate as to what might be expected in an environment of rising, rather than falling, rates.   After all, that is what has investors worried.  We believe the lesson is simple: although rising rates are, in and of themselves, not helpful to the stock market, policy reactions to them may be.

But how can an investor hope to know what to expect? That remains the fundamental question. If the Federal Reserve blinks and that baserunner makes a dash for second, what can an investor do to ensure the catcher is ready to force the out?

Make Sure to Have the Best Lineup

Accepting an ounce of investor humility, it seems safe to state that one cannot predict the Fed’s actions, much less how the market will interpret them. Effectively, this is all vague and ambiguous information. Therefore, the astute investor should put their energies elsewhere and focus only on the price of a given stock and known information. By employing an actuarial-based methodology similar to that used by the insurance industry and applying it to the investment world, they can mitigate investor and market interpretation of the Fed’s action by focusing on fundamentals. In effect, they wouldn’t be attempting to pick winners, they would simply avoid losers.

For example, the New Age Alpha U.S. Large-Cap Leading 50 Index consists of the fifty stocks in the S&P 500 that have the lowest probability of failing to deliver the growth implied by the stock price.  We call this probability the Human Factor, and by avoiding it we believe we can avoid the losers and outperform. Think of it as “Moneyball” for investing.  Rather than swinging for the fences, the investor emphasizes on-base percentage to keep driving in runs.

Let’s again take a look at what during the largest rate drops since 2002, but this time examine how our Index fared as well.  While the market has both risen and fallen when rates rise, the New Age Alpha U.S. Large-Cap Leading 50 Index has outperformed the S&P 500 Total Return Index in four of the five periods.

Additionally, contrary to what theory would suggest, rising rates have been met with very strong market performance since 2002.  What is more, in every rising rate period the New Age Alpha U.S. Large-Cap Leading 50 Index was able to outperform its benchmark, the S&P 500 Total Return Index.  Below are the largest periods of rising rates and the corresponding performance of both the index and its benchmark.

Perhaps most surprising?  When rates have risen, so too has the market. And not just marginally.  Huge gains have been made at the very time when rates should have been pulling stock prices downward.  We believe the explanation is straightforward.  Markets are so multi-faceted and complex that it is impossible for the human brain to wrap itself around everything that might be impacting them.  We would love to believe that rate changes could predict the market with 100% accuracy. But it is not that simple.

In the face of such complexity, human behavior manifests itself most prominently.  It’s only natural that, as legions of analysts over-analyzed the Fed’s every move, they systemically over- and underpriced stocks based on their own heuristics and behaviors. We believe this is why the New Age Alpha U.S. Large-Cap Leading 50 Index was able to outperform when rates rose. By dismissing such opinions and focusing strictly on facts, the Index was able to calculate mathematical probabilities divorced from gut instinct.

There are many unknowns in the market today. Will the Fed misjudge investor’s reaction to a rise in interest rates? Will the market underestimate the Fed’s commitment to doing so? There are layers and layers of unpredictable or irrational behaviors. This makes the job of the investor difficult, if not impossible. But the gameplan should remain the same: when it is unclear how high- or low-scoring the game might be, it is always preferrable to simply avoid the errors.