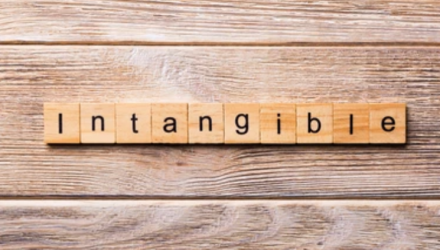 Investing in the Intangible with ‘ITAN’

Intangible value is the value of a company derived from its intangible assets, says Sparkline founder and CIO Kai Wu.

“Intangible assets have been steadily rising in importance as the economy transitions from industrial to asset-light,” he told ETF Trends. “Today’s dominant firms no longer rely on tangible assets, but depend instead on intangible moats.”

“While so-called ‘style boxes’ attempt to categorize managers as either value or growth, we believe this is a false choice,” said Wu in an interview with NYSE Arca’s Issuer Spotlight. “Warren Buffett has argued that ‘value and growth are joined at the hip.’ In other words, intrinsic value should take into account companies’ growth prospects. Similarly, ITAN attempts to integrate these two philosophies into a single framework that incorporates the intangible drivers of growth while still keeping an eye on valuation.”

The four pillars that create the intangible value framework for the ETF are intellectual property, brand equity, human capital and network effects.

Intellectual property is defined in the prospectus as including legally-protected patents and proprietary trade secrets and within the technology industries has become one of the most valuable assets for companies.

Brand equity acknowledges that well-known brands sell better, and that companies might invest a large portion of its resources to building brand recognition and increase their market value.