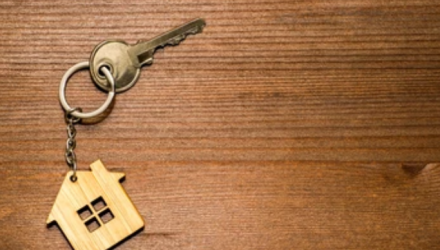 On Tuesday, Impact Shares launched an ETF that invests in agency mortgage-backed securities (MBS) that contain mortgage loans for minority, low and moderate income (LMI) families, as well as families that live in persistent poverty areas, per the press release.

The Impact Shares Affordable Housing MBS ETF (OWNS) follows an investment philosophy that supports and believes in the rights of homeownership for underprivileged populations.

“Decades of economic inequality and discriminatory homeownership policies have created a prominent racial wealth gap,” said Marvin Owens, chief engagement officer at Impact Shares. “The Black homeownership rate is approximately 45%, the lowest of all ethnic and racial groups in the nation. Providing affordable housing to minority Americans is a crucial step in helping to address the widening racial wealth gap and catalyzing economic growth in LMI communities.”

OWNS is sub-advised by Community Capital Management, bringing a wealth of experience on fixed income impact investing. It is designed to support affordable homeownership by creating financing for LMI borrowers and offers an investment opportunity to both help bridge the racial wealth divide and address the affordable housing crisis in the U.S.

“Homeownership is one of the primary tools for building wealth and its benefits are far-reaching, from enhancing childhood development and school performance to increasing spending and employment in local communities to mental and physical well-being,” said David Sand, chief impact strategist at CCM. “Affordable housing for LMI, minority, and Black borrowers has been a primary focus for CCM for over two decades. We’re excited to partner with Impact Shares to offer a unique investment opportunity using the flexible, transparent ETF wrapper.”

At least 51% of the loans contained in the mortgage-backed securities that OWNS invests in will be to LMI borrowers. A “low income borrower” is defined as someone whose total annual income is 50% or less of the area median income (AMI). A “moderate-income borrower” is someone whose total annual income is higher than 50% but less than 80% of the AMI of their community.

OWNS also can invest in mortgage-backed securities with loans that are sourced from Community Development Financial Institutions as well as minority-owned banks.

Impact Shares is an investment manager that creates ETF products that are focused around social impact issues. Their goal is to build a capital markets bridge between corporate America, investors, and nonprofits that uses impact investing into socially conscious issues, such as equal housing opportunities.