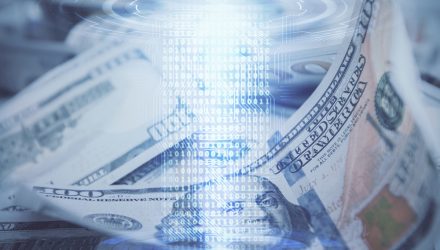 After comparing digital currency to the fad of parachute pants in his speech, he argued that a digital currency regulated by the Federal Reserve would put great strain on the existing financial system and the strength of the US dollar, both now and going forward.

In his remarks, the vice chairman cited the Bank for International Settlements’ definition of a central bank digital currency (CBDC) in explaining that CBDC is “a digital payment instrument, denominated in the national unit of account, that is a direct liability of the central bank.”

By this definition, Quarles argues that the public is already participating in utilizing digital currency with electronic commercial banking, although since it is backed by liability with the bank instead of the Federal Reserve, it is not a CBDC.

However, Quarles explains “digital dollars at commercial banks are federally insured up to $250,000, which means that for deposits up to that amount—which means for essentially all retail deposits in the United States—they are as sound as a central bank liability.”

The Risks of CBDCs

The Federal Reserve is also already transacting in digital dollars with commercial banks and financial institutions approved by federal law. By providing to these entities, the organization is ensuring stability for the economy, according to Quarles.

But a CBDC would upset that balance because “an arrangement where the Federal Reserve replaces commercial banks as the dominant provider of money to the general public could constrict the availability of credit, fundamentally alter the economy, and expose the public to a host of unanticipated, and undesirable, consequences,” Quarles said.

Other risks of introducing a CBDC would be the security risks inherent in a digital asset, susceptibility to cyber attacks, the potential for use in illicit activity, and that the sheer cost of developing a CBDC would be an expensive undertaking for the Federal Reserve.

Could a CBDC Protect The Dollar?

Quarles believes that arguments by supporters of creating a CBDC to protect the value of the U.S. dollar are inherently flawed.

The value of the dollar “rests on a number of foundations,” he said, such as the strength of the U.S. economy; U.S. trade relations; the Treasuries market; the stability and liquidity of the dollar over time; strong property rights in the United States, and, “last but not least, credible U.S. monetary policy.”

Because of these ties and foundations, the dollar’s place will not be threatened by foreign currencies or foreign digital currencies.

Quarles does believe that a stablecoin, which is tied to one or a variety of assets, such as a country’s currency, could be beneficial and could help to support the value of the dollar globally, however.

Such a stablecoin could assist in transactions like rapid cross-border payments. The stablecoin would need to be created and managed carefully with regulations, however, that ensured it was indeed stable with the currencies it is based on. Otherwise, it might face pitfalls such as “run risks” in which an event happens that causes a large number of holders to exchange their stablecoins.

Cryptocurrencies, on the other hand, are not linked directly to assets such as currency. They instead derive their value from artificially created mechanisms like scarcity. As such, they are extremely volatile, as is seen in Bitcoin.

Gold has use beyond its value in various industries, but cryptocurrencies such as Bitcoin are more of a novelty, according to Quarles. He states: “Gold will always glitter, but novelty, by definition, fades. Bitcoin and its ilk will, accordingly, almost certainly remain a risky and speculative investment rather than a revolutionary means of payment, and they are therefore highly unlikely to affect the role of the U.S. dollar or require a response with a CBDC.”

The Fed is set to release a white paper this summer on a Federal Reserve CBDC.