You are at:Home»Thematic Investing Channel»Commodities Were the Top Performers in 1H 2021: Halftime Report 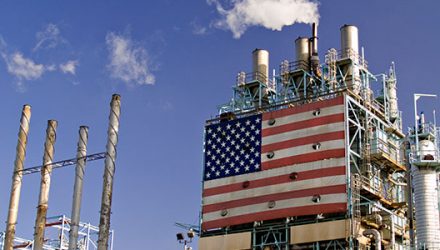 Commodities Were the Top Performers in 1H 2021: Halftime Report

Commodities rallied 21% in the first half of 2021, making them the top performing asset group ahead of U.S., European, emerging market and non-Japan Asian stocks. The broad-based index of energy, agriculture, industrial metals and precious metals rose the same amount as high-flying Bitcoin, which pulled back after hitting its all-time high of more than $63,000 on April 13.

Among the commodities we track, West Texas Intermediate (WTI) crude oil was the number one performer, up nearly 52% on higher-than-expected demand and tight supply, while precious metals lagged, with silver down 1% and gold down more than 6%.

This represents a nearly complete reversal from the price action we saw in 2020. According to our Periodic Table of Commodity Returns, precious metals were last year’s winners—silver surged close to 48%, gold 25%—and oil was the big loser, slipping as much as 20%.

But appetite for risk has changed now that huge segments of the economy are reopening. Demand for fuel has increased as Americans act on pent-up wanderlust: Earlier this month, a greater number of people flew on commercial jets in the U.S. than on the same day in 2019, before the pandemic. And in the days leading up to the busy Fourth of July holiday weekend, gas stations across the country were reportedly running out of gas.

After a Remarkable Turnaround, Oil Demand Sets a New Record

We participated with a number of companies, including ConocoPhillips, Valero Energy, Phillips 66 and Halliburton, among others. Earnings for the second quarter aren’t expected until next month, but we believe investors will be pleased. In April, Moody’s forecast that oil companies’ earnings may rise by a median rate of 50% compared to last year—though it’s worth noting that this is off a very low base.

Production companies should be well positioned going forward as long as they can maintain capital discipline and operating efficiency. Bloomberg reports that U.S. oil consumption hit a new record seasonally-adjusted high during the week ended July 2. “While gasoline and diesel demand have returned to pre-pandemic levels, a surge in petroleum use for products such as plastic, asphalt, lubricants and other industrial needs is propelling the recovery,” the article reads.

It’s no secret gold had a rough six months, but a retrace of the bull market could be in the works due to strong fundamentals.

To me, inflation is looking like a greater risk than Powell & Co. are admitting to publicly. Anyone who’s shopped for a new car in the past few months knows that prices are heading sharply up. The cost to eat out jumped 0.7% in June from the previous month, the biggest such increase since January 1982. The producer price index (PPI) for final demand, excluding volatile food and energy, skyrocketed 5.6% compared to the same month last year, representing the fastest pace since records began in 2011.

Investors seeking a haven may need to look elsewhere than government bonds. The 30-year Treasury yield currently trades below 2%, even less when you factor in inflation, meaning investors are effectively paying the U.S. government to hold its debt. As I said last month, gold is the ultimate contrarian investment right now. The metal remains extremely undervalued compared to the S&P 500. The current climate definitely feels risk-on, but I believe it’s only wise to hold around 10% in gold and gold mining stocks to help soften the impact of a worsening pandemic, debt crisis or some other potential shock. I also recommend no more than a 1% to 2% allocation to Bitcoin and Ether, as well as crypto mining stocks.

Fund portfolios are actively managed, and holdings may change daily. Holdings are reported as of the most recent quarter-end. The following securities mentioned in the article were held by one or more of U.S. Global Investors Funds as of 6/30/2021: ConocoPhillips, Valero Energy Corp., Phillips 66, Halliburton Co.