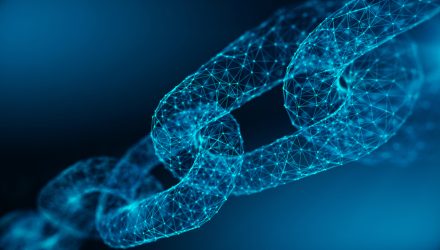 In Q2 2021, blockchain start-ups have emerged as the unsuspecting victor amid broad cryptocurrency price crashes, with funding for blockchain startups rising above $4 billion for the first time.

Data analytics firm CB Insights reported to CNBC that a record $4.38 billion was raised by blockchain companies. Fintech companies as a whole pulled in $30.8 billion.

The Q2 funding represented a 50% increase over the previous quarter, and was almost nine times over the same period of time in 2020.

Blockchain is the fundamental technology on which cryptocurrencies are typically built. Depending on how the blockchain is built, it can allow for other applications to be built on top of it, such as is seen with the Ethereum network.

At its most basic though, it is a decentralized series of digital ledgers that tracks transactions on that particular network, such as Bitcoin transactions. Because of the structure of the ledgers and the way the blocks overlap, it is naturally resistant to fraud as records are replicated across the entire network of global computers.

Payment and digital currency firm Circle brought in $440 million in investments, the largest amount of funds raised in the second quarter for blockchain start-ups, followed by Ledger, a company that develops hardware wallets for digital investments and currencies, at $380 million.

These record numbers go to show that crypto investors haven’t balked at the price drops in popular cryptocurrencies such as Bitcoin and ether, but are instead shifting to gain alternative exposure through companies that are creating the technology for cryptocurrencies and the networks they trade on.

Is Fintech the New Crypto Darling?

Looking at the industry a bit more broadly, fintech companies hit a record $30.8 billion in global funding, driven largely by overseas cash flow. The amount raised represented a 30% increase over the first quarter, and was almost three times what was raised by fintech firms at the same time last year.

For example, Sweden’s Klarna, a buy-now-pay-later firm, hit a $46 billion valuation after its fundraising round in June.

Fintech firms had a monumental second quarter in going public, with 19 companies announcing IPO or going public. Most notable in the crypto space was the Nasdaq premiere of crypto exchange Coinbase.

With the significant jumps in valuation and funding, however, some are concerned of a fintech bubble. CEO of U.K. start-up OpenPayd Iana Dimitrova noted that the increase in the private financing was “detrimental to the long-term sustainability of our industry.”

Not all agree, however.

“I wouldn’t see it as a bubble,” said Stefano Vaccino, founder and CEO of fintech company Yapily. “We have seen in the last 12 to 18 months an acceleration in financial services.”