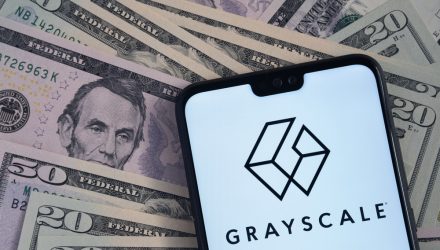 According to a report by Decrypt, the company will soon be seeking SEC approval for its Litecoin, Ethereum Classic, and Bitcoin Cash funds to become SEC-reporting entities as well.

The Digital Large Cap Fund holds multiple assets, including Bitcoin, Bitcoin Cash, Ethereum, Litecoin, Chainlink, and Cardano. The fund currently has over $348 million assets under management, and imposes a minimum investment requirement of $50,000.

The fund has a management fee of 2.5% annually.

The Implications of Becoming an SEC-Reporting Entity

Becoming an SEC-reporting company has many perks. Most importantly, it allows wealthy investors to liquidate their shares of the fund on the retail market much sooner: shares can now be liquidated in six months rather than twelve.

Grayscale VP of legal Craig Salm told Decrypt that the Bitcoin and Ethereum trusts have been trading below the underlying price of the cryptos, creating a discount. That has led some institutional investors to buy shares “because they know there will be an ETF and [the Grayscale shares]are a way to get bitcoin cheap.”

These institutions, he says, buy these shares in hopes of “cashing in on a new form of arbitrage” – arbitrage that will only occur if the SEC approves a Bitcoin or Ethereum ETF.

According to Salm, seeking SEC-reporting status for its trusts will put Grayscale “in a good position for the future crypto ETF era, since Grayscale will have to file forms like 10-K and 10-Qs under that regime anyways.”

Grayscale has previously stated that it is ready to convert shares from its trusts into ETF shares as soon as the SEC begins approving crypto ETFs.