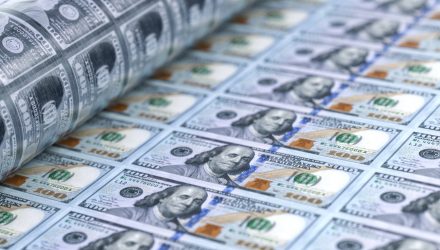 In a recent interview with Sprott Gold Talk Radio, Incrementum founder Ronnie Stoeferle said, regarding the 15th annual “In Gold We Trust” report, that: “We want to introduce our readers to our views on another climate change, which is this monetary climate change that is currently happening. From our point of view, this pendulum was swinging over the last couple of months from a rather disinflationary side to the inflationary side.”

Stoeferle sees a number of factors driving this shift to inflation, for example, aggressive monetary policy, including M2 monetary growth up 25% from 2008-2009.

He also sees credit as more of a factor than it was in the great financial crisis. “Big government is back and it really tries to influence and stimulate credit growth much more than previously,” he said.

All of this makes for favorable conditions for precious metals and mining, argued Stoeferle. “We are seeing a rush into real assets. It seems market participants are anticipating future inflation.”

“The job of gold is to really stabilize and protect your purchasing power. There is this saying that offense wins games, but defense wins championships. And I think that gold as a portfolio stabilizer really delivered last year, especially in those extremely turbulent weeks in March and April,” said Stoeferle.  “Gold did a tremendous job after the correction that started in August. The 10-year Treasury yield went from 0.45% up to 1.7%.”

The “In Gold We Trust Report” also points to silver’s strength, and Stoeferle believes that the market is actually underestimating the amount of silver that will be needed to meet the demands for environmental technology like solar panels, hybrid cars, and 5G towers, which all utilize the metal. He sees the current bull market for silver as still quite young.

Mines Primed for Another Record-Breaking Year

When asked about mining, Stoeferle was a little cheeky, saying: “Actually, I don’t like mining stocks at the moment. I love them.”

He went on to point out that: “People tend to forget that in 2020 producers had the most profitable year ever. All-in sustaining cash costs were basically flat, while the average spot gold price was at $1,700. This year it’s even higher and I don’t see all-in sustaining cash costs rising significantly. Most of the companies are producing healthy cash flows, and we’re seeing pristine balance sheets. Most of the companies really got their balance sheets in order.”

Taking advantage of the time that mines needed to be closed amid COVID, many mining companies got their houses in order and set themselves up for success. Stoeferle doesn’t think that the market has caught on to how much cash flow mines are producing.