You are at:Home»Gold & Silver Investing Channel»May a Strong Month for Precious Metals 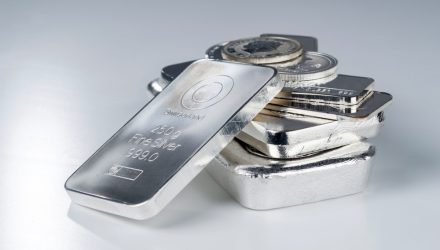 May a Strong Month for Precious Metals

May was the best month for gold, which rose 7.79%, in almost a year, according to a new report from Sprott market strategist Paul Wong.

Source: Sprott Monthly Report for May 2021

Gold bullion had a problematic Q1, but by closing out May at $1,906.87/oz, the yellow metal has completely retraced its drawdown. Gold formed a double bottom low at the end of March, and has not met much resistance since, indicating that systematic buyers have returned.

Much of gold’s performance in May can be traced back to factors set up in the period between September 2020 and March 2021.

Following the Democratic election wins and start of the vaccine rollout process, markets anticipated a reflation boom. This meant that traditionally safe haven assets, such as bonds and gold, experienced a period of volatility while investors piled into small cap stocks and commodities. Gold fell as low as $1,670/oz at one point.

This was followed by US economic data showing the market heating up to such an extent in April and May that “good reflation” became “bad inflation.” Precious metals tend to do well during inflationary periods, because though money can be printed, gold and silver can’t. Combine that with a weakening U.S. dollar and one gets a recipe for May’s gains.

Silver has had a strong run since August 2020, and Sprott sees $40/oz as a target price as the metal’s traditionally strong period (July-August) is on the horizon. Resistance is expected at $30/oz and $35/oz.

Gold Mining on the Rise as Inflation Looms

Bullion isn’t the only the part of the precious metal space Sprott is bullish on. The mining sector is also crackling, having similarly recovered from low points in March. Gold equities will continue to look attractive to investors as the market transitions to an inflation outlook.

The Consumer Price Index numbers startled the markets, with April’s year-over-year CPI coming in at 4.2%, after expected figures hovered around 2.3%.

Of course, inflation is hard to accurately predict, especially since the COVID crisis was a unique historical event that could have ongoing and surprising effects on the market. Although the Fed is asserting that this inflation risk is transitory, investors remain uncertain.

Markets will undergo macro regime changes every decade or so. The 90’s featured a technology-driven secular growth regime followed by a crash in the 00’s. Subsequent to that, there was commodity-dominant regime, driven by China, which began to unspool in 2011.

As these regime changes occur, the sectors that dominated throughout the regime often become the worst performing investments as buyers disappear and value collapses. Meanwhile, sectors that were ignored turn out to be undervalued as interest returns.

Over the last decade, traditional financial hedges such as gold and silver were largely abandoned. It appears that investors are finding their way back though.

Signs of a regime change are impossible to ignore, said Wong, particularly the end of the stock-bond correlation trend of the past decade, which has turned positive for 60 days rolling.

Gold’s Once and Future History with Inflation

Gold earned its reputation as an inflation hedge in 70’s and early 80’s, when it had a rolling 24-month correlation to CPI of 0.79. Its correlation in modern times is about 0.08.

Even if inflation proves to be transitory, as the Fed claims, a hawkish policy response by the Feds could have adverse effects on secular growth, mega-cap tech, investment-grade bonds, and developed market government bonds. But gold would absolutely thrive in such an environment. Gold has more positive convexity or right-tail upside than any other liquid asset.

The steady price increases of the past few months might slow down a bit, but this could serve as a hidden opportunity for investors looking to get exposure to the metal.