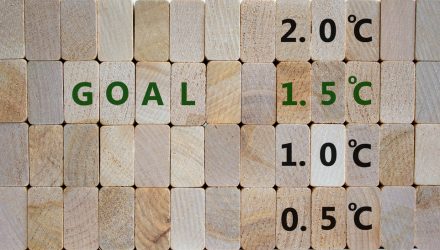 Chances of global warming temporarily reaching the 1.5 degree Celsius threshold within the next 5 years have risen by 40%, according to the World Meteorological Organization as reported in the Financial Times.

New, more accurate data collected at the Arctic from Spain, Germany, Canada, China, the United States, Japan, Australia, Sweden, Norway, and Denmark indicate that a rise of global temperatures by 1.5C (1.8F) was likely in one of the next five years. It also indicated that there is a 90% chance one of those five years will also become the warmest on record.

A 1.5C difference could have potentially catastrophic consequences, and that temperatures could flirt with that threshold, even briefly, is a strong warning sign.

The 2015 Paris Agreement, an international treaty on climate change in which China is a signatory, offers a framework designed to limit warming to below 2C, preferably as close to 1.5C as possible. While that framework doesn’t apply to a temperature rise within any specific year, a trend in that direction earlier than anticipated could spell natural disaster and extreme weather problems for much of the world.

“Having individual years more than 1.5C above the historical average wouldn’t mean the Paris target is breached, but this is an unmistakable warning sign that the door will close if governments make the wrong choices,” said Richard Black, senior associate at the Energy and Climate Intelligence Unit.

KRBN tracks the IHS Markit Global Carbon Index, which tracks the most liquid carbon credit futures contracts in the world.

KRBN invests in its futures contracts via a Cayman Islands subsidiary, meaning it can avoid distributing the dreaded K-1 tax form to its shareholders.

However, it’s estimated that carbon allowance prices will need to reach a range of $50 – $100 per ton of CO2 to achieve the emissions reductions goals of the Paris Agreement.